The Civil Rights movement, and the Vietnam War protests inspired my first art about death, war and violence. However, all these works were subliminally motivated by the infant death of our first baby, Gwendolyn Neville. (See above for my narrative and drawings of her brief life and death.)

(#03) “Damnation.” With the US Army draft in place, we worried about our young friends, relatives, and students dying in Vietnam. Bob’s brother James Neville served there and survived.

(#04) “My Lai.” The My Lai massacre of a small Vietnamese village brought to vivid attention the horror of death and napalm bombing for the civilians of Vietnam.

(#05) “Northern Style.” About 1965 I read James Baldwin’s “Fire Next Time,” and decided I had to address racial tension and riots with my photomontages.

(#07) “Green Grass of Summer, 1967.” The title is ironic because the grass was not “green,” that summer of riots in cities all across the United States.

(#10) “The Fire Next Time.” James Baldwin’s book. I used caldera, and bonfires as metaphors for his ideas. I met Baldwin at SUNY Stony Brook and told him about my civil rights art work. He thoroughly dismissed me; this young, blond, heterosexual woman! I wish he had seen my work, I think he would have liked it.

(#09) “Martin Luther King’s Cortege.” I made the photomontage the week after Rev. King died, as soon as the photographs came out in Life Magazine.

(# 11-12) “Tombstones,” and (#13-14) “The Saw,” use numerous images of death. The “tombs” were inspired by “u” shaped pieces of discarded lumber. Like wise triangular wood shapes inspired the teeth of a giant saw.

(#15) “Pyre.” January 27, 1967. Space exploration fascinated me. When I was five, my mom and I were out at night looking at the stars and she said, “Someday you will go to college and come home and tell me all about the stars.” I was hooked on college and astronomy! Astronauts Grissom, Chaffee and White died 50 years ago. My 1967 photomontage was my memorial to them.

(#16) “Eternal Recurrence of the Same.” “Explosion.” The drawing was created the day the Challenger space craft exploded, January 28, 1986, killing all seven astronauts. I was beginning to create the preliminary sketches for my 70 foot long painting. The news photographs of the ghastly event were the basis for my drawing and subsequent acrylic painting, “Eternal Recurrence of the Same.”

(#17) “S.O.S.” Save our Souls is a wood sculpture that uses gray driftwood and photographs of people in extreme distress needing to be rescued. A clip from Fellini film, Satyricon, is part of the almost Satanic imagery.

(#24, #25, #26, #28) “Three Graces,” series. In these four collages I questioned the role of women in the Iraq war and the deaths of soldiers, leaving their mothers’ behind to mourn them.

(#28) “Spitak Earthquake.” The photomontage memorializes a mother who mourns the death of all of her six children in the Armenian earthquake, December 7, 1988.

(#29 through #43) All the images use volcanic imagery for both “death” and “creation or new beginnings.”

(#29) “Mt. St. Helens.” The eruption, May 18, 1980, was a pivotal creative event for me leading to drawings, monoprints, etchings, book covers, illustrations, watercolors and a 70-foot long acrylic painting.

(#44) “Snow Caves, ‘Eating’ the Farm.” A detail of “The Apple Farm,” is one of those surprise images that an artist occasionally produces. The massive drifts of icy snow are poised to obliterate the farm that we were selling at the time.

(#45) “Air.” The acrylic painting from the Earth, Air, Fire, Water series includes a depiction of a violent cyclone, an icon for death in the mid-western plains states.

(#46) “Milton Civil War Monument.” 2013, The monolith and plaque is a monument in remembrance of Civil War dead. It was used on the 350th anniversary of Milton, MA commemorative plate that I designed. 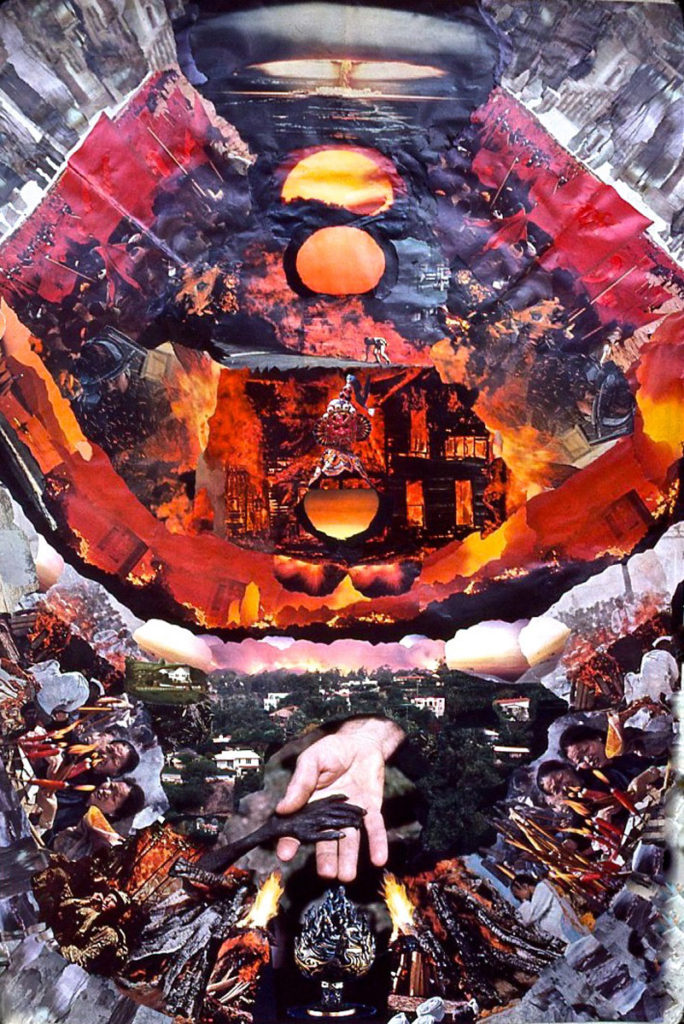 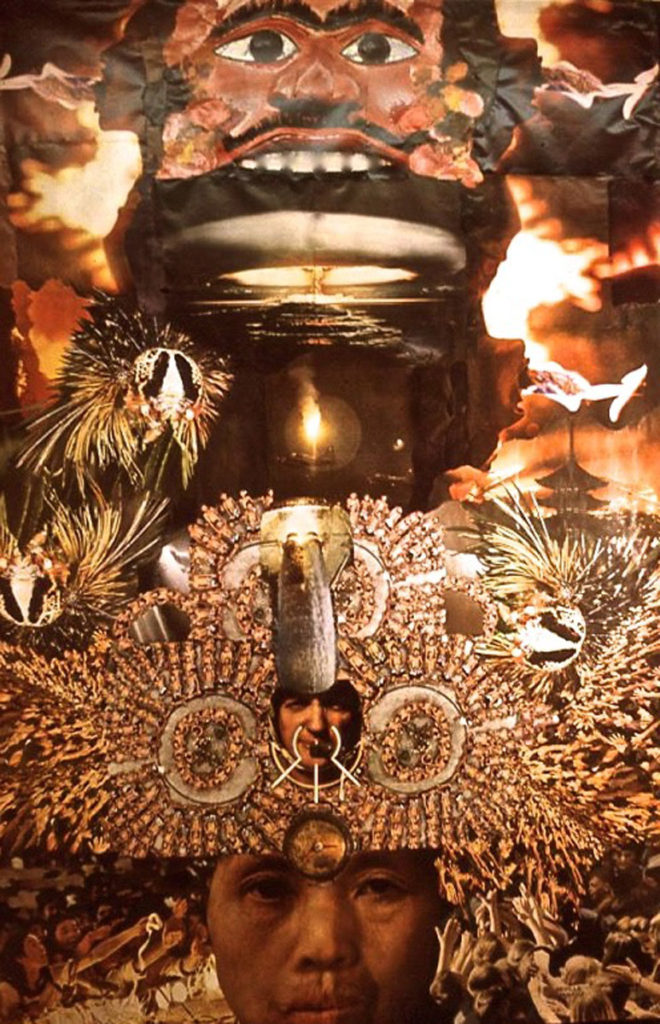 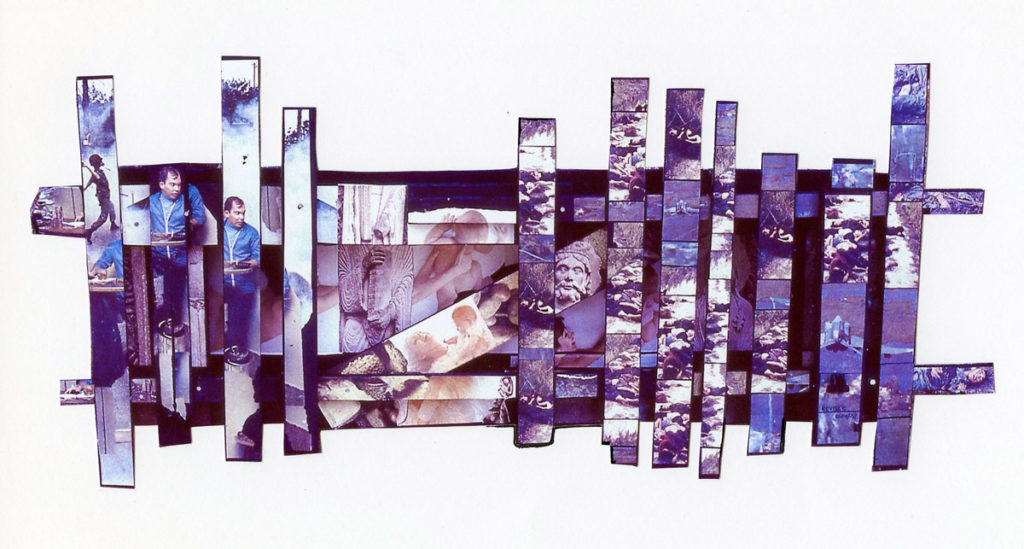 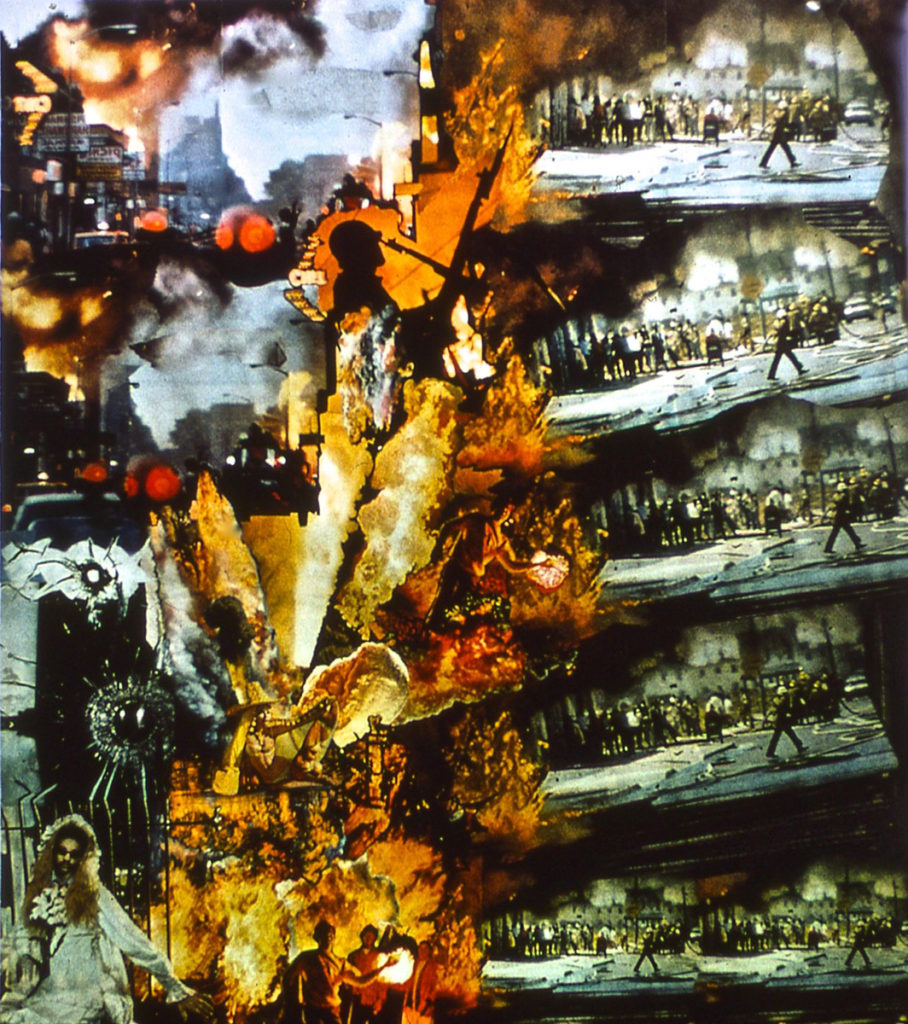 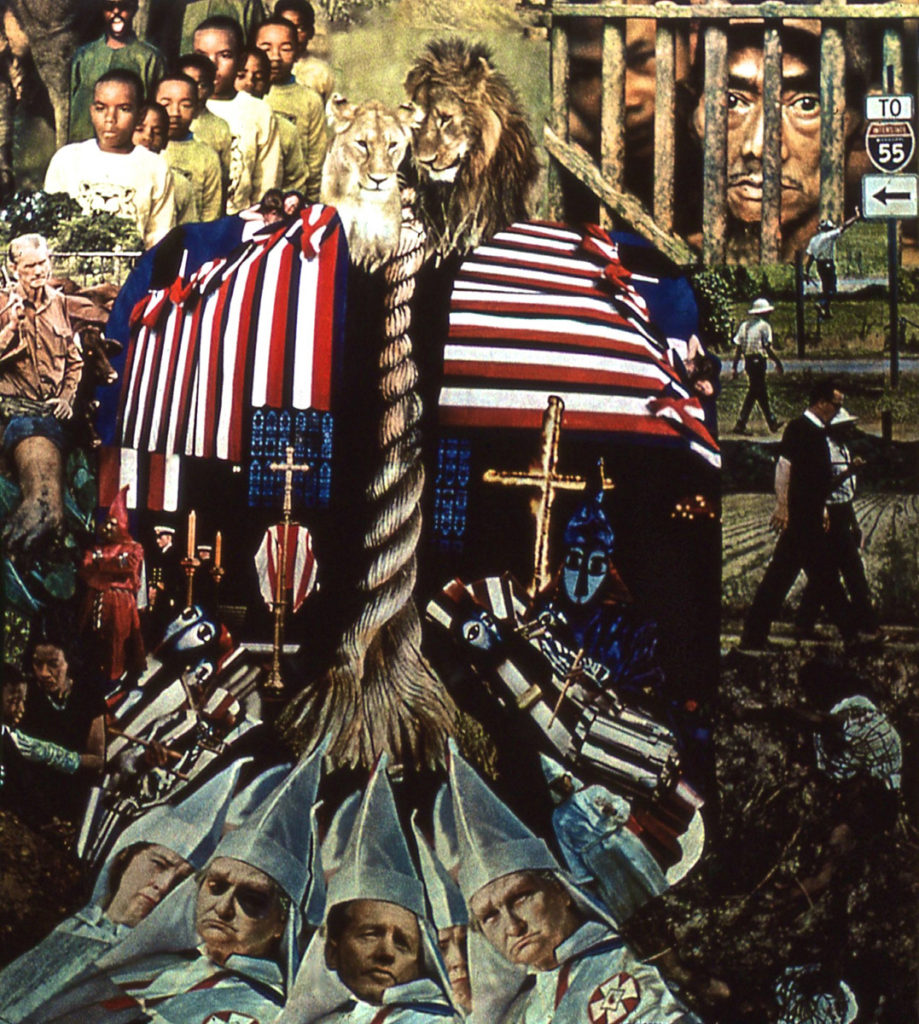 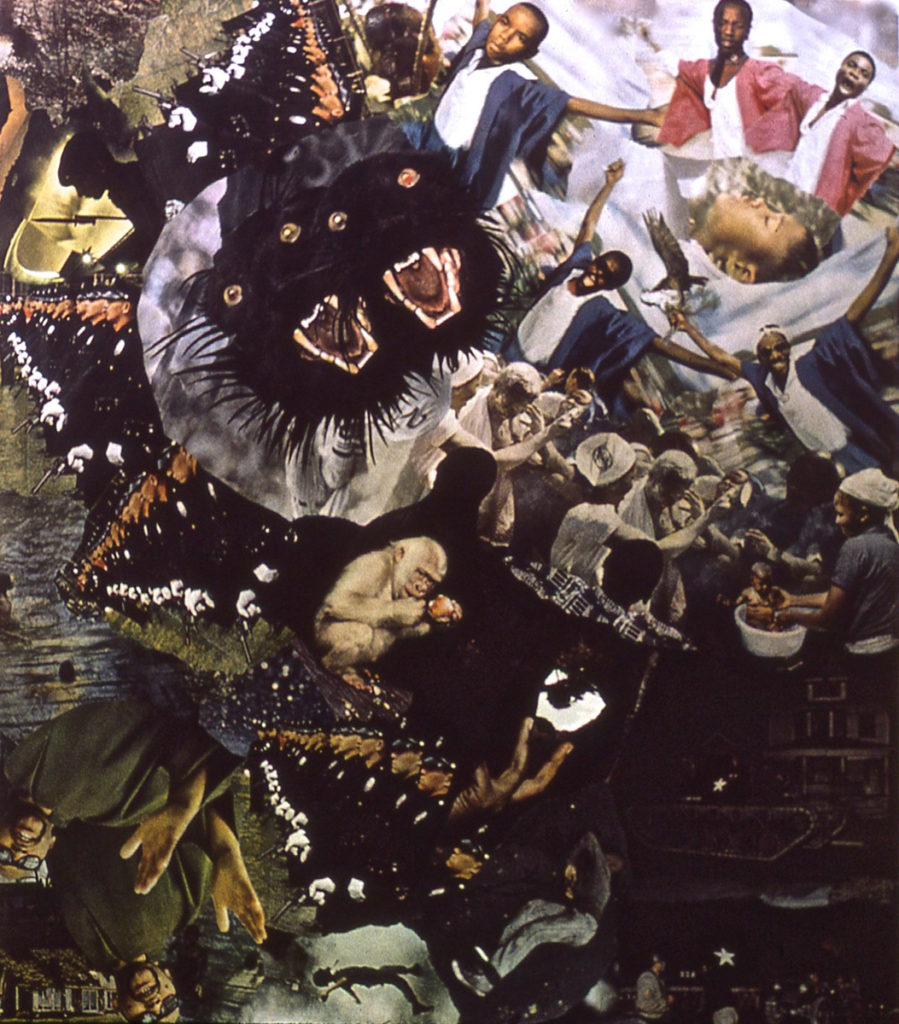 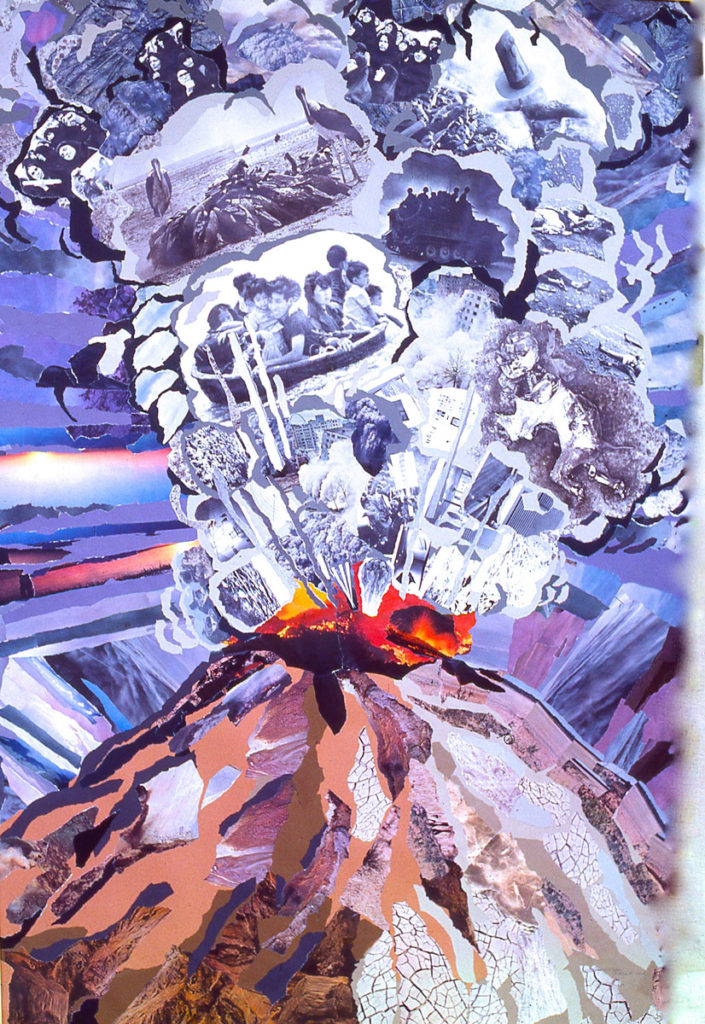 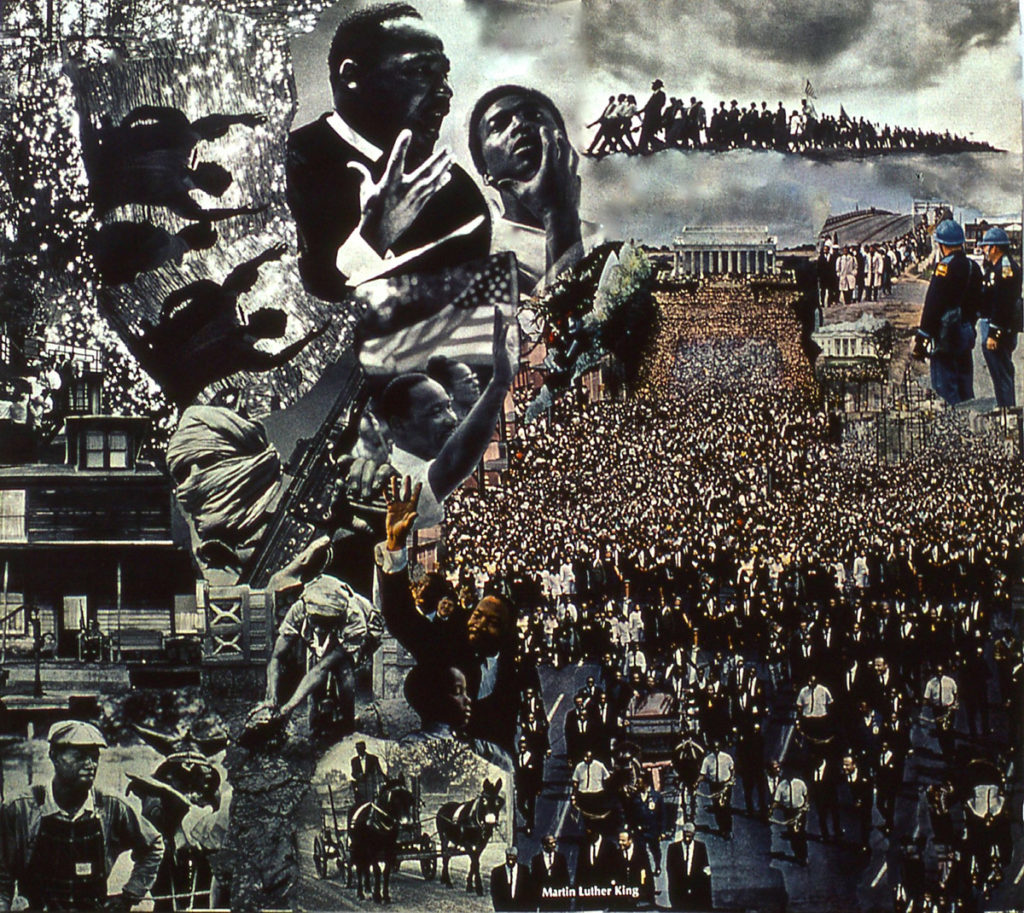 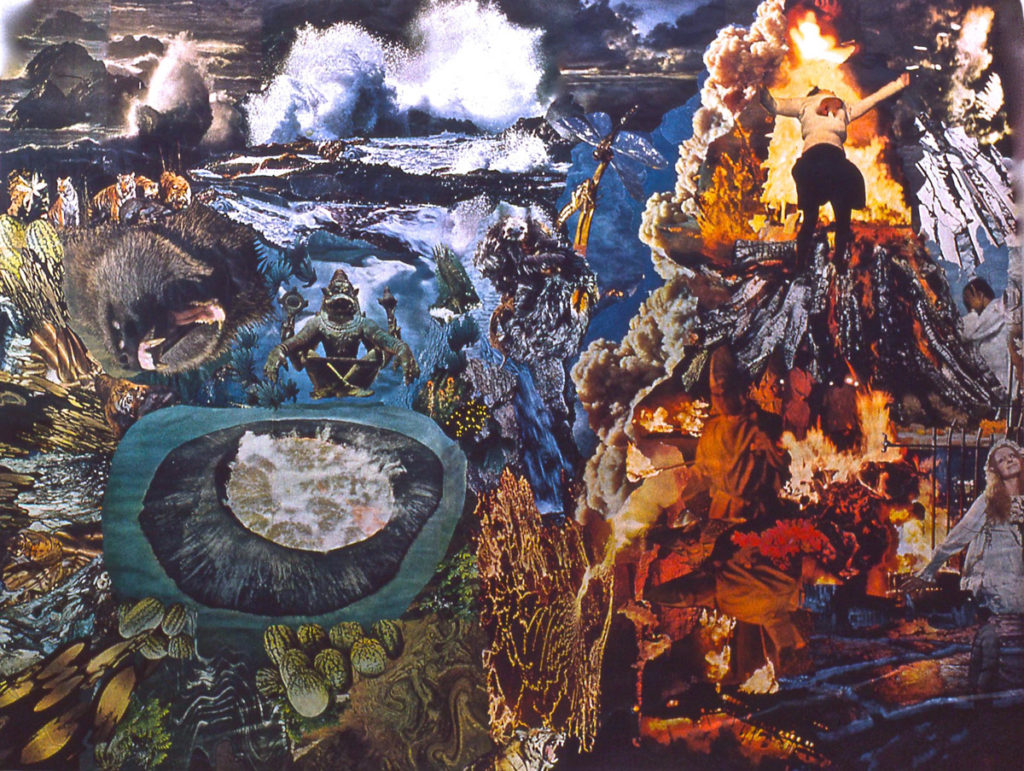 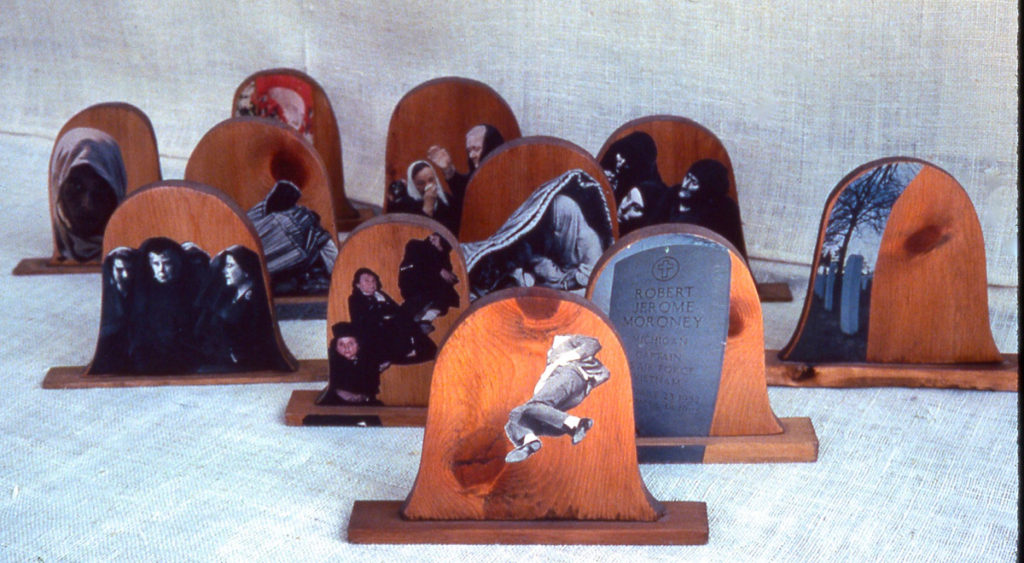 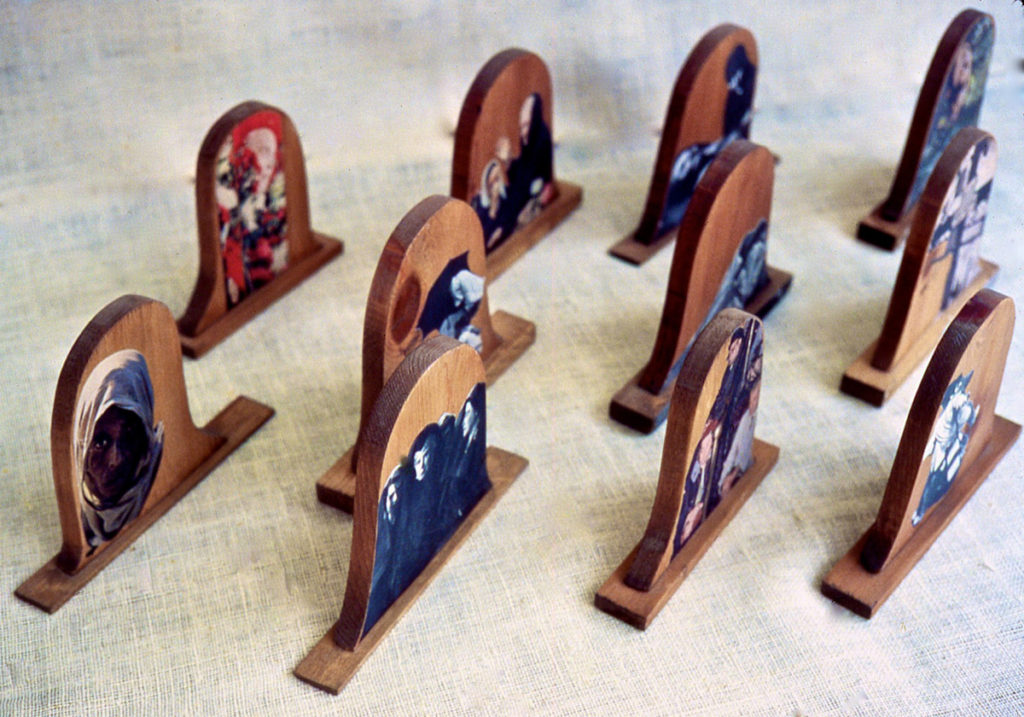 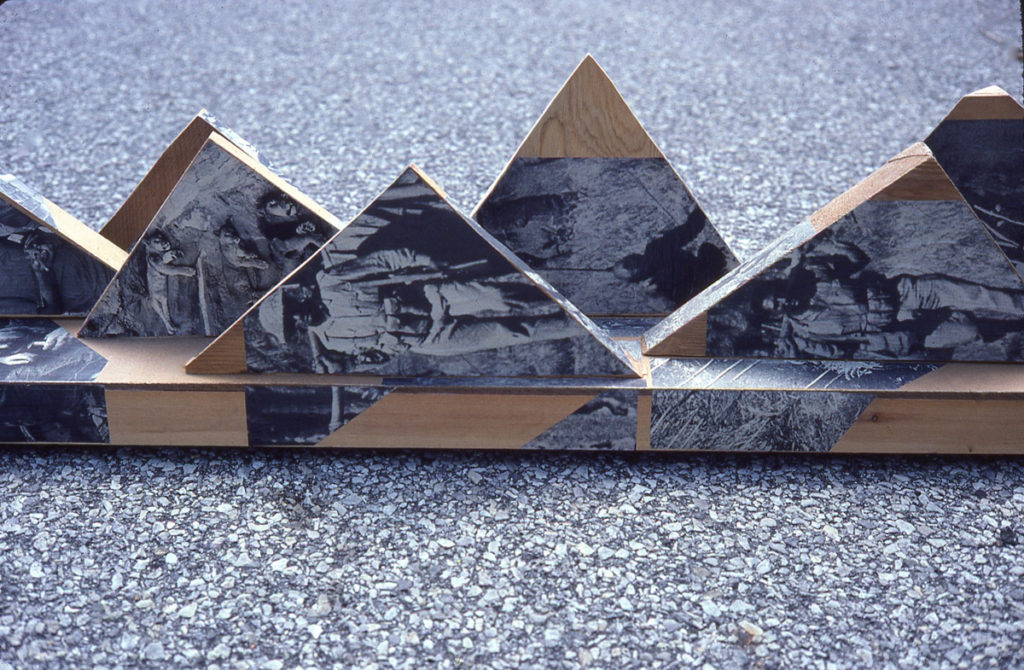 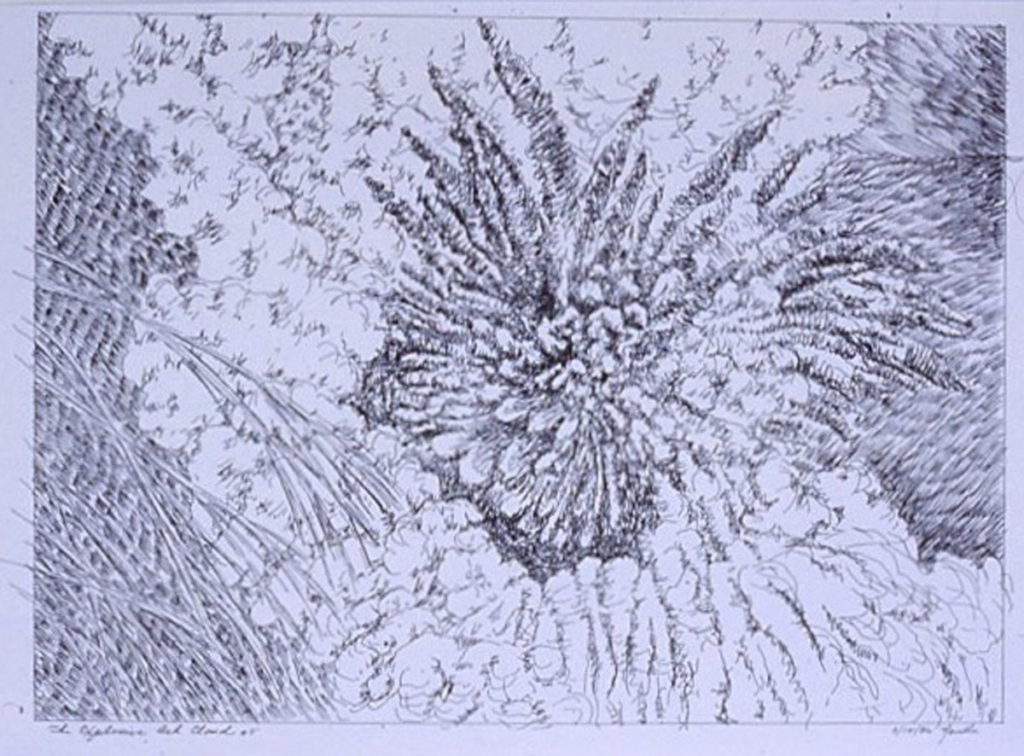 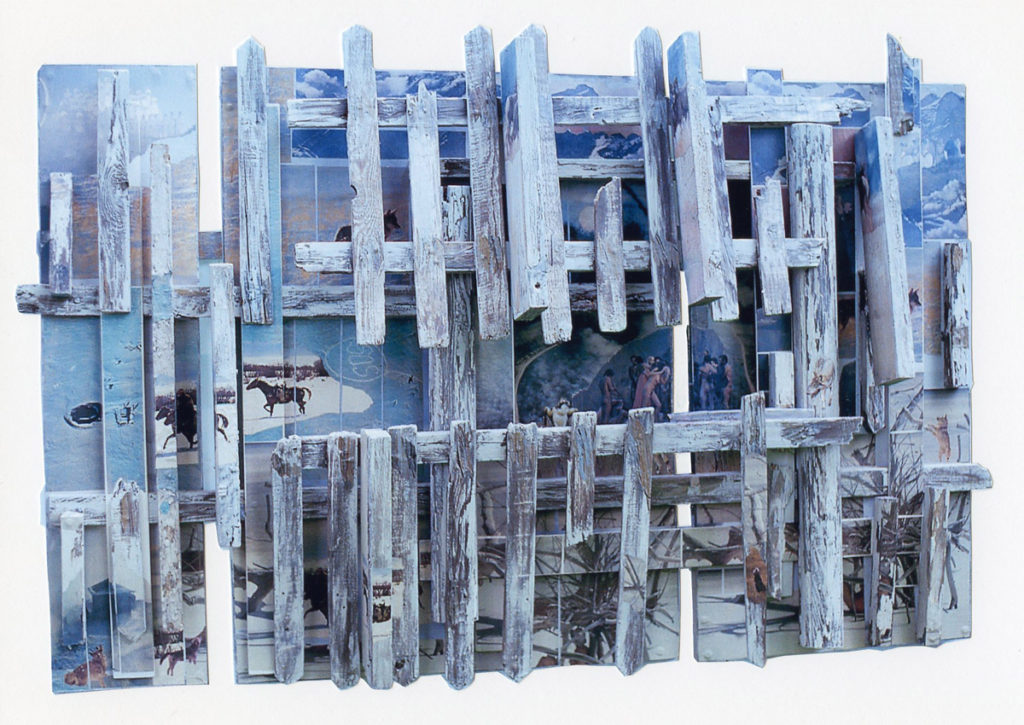 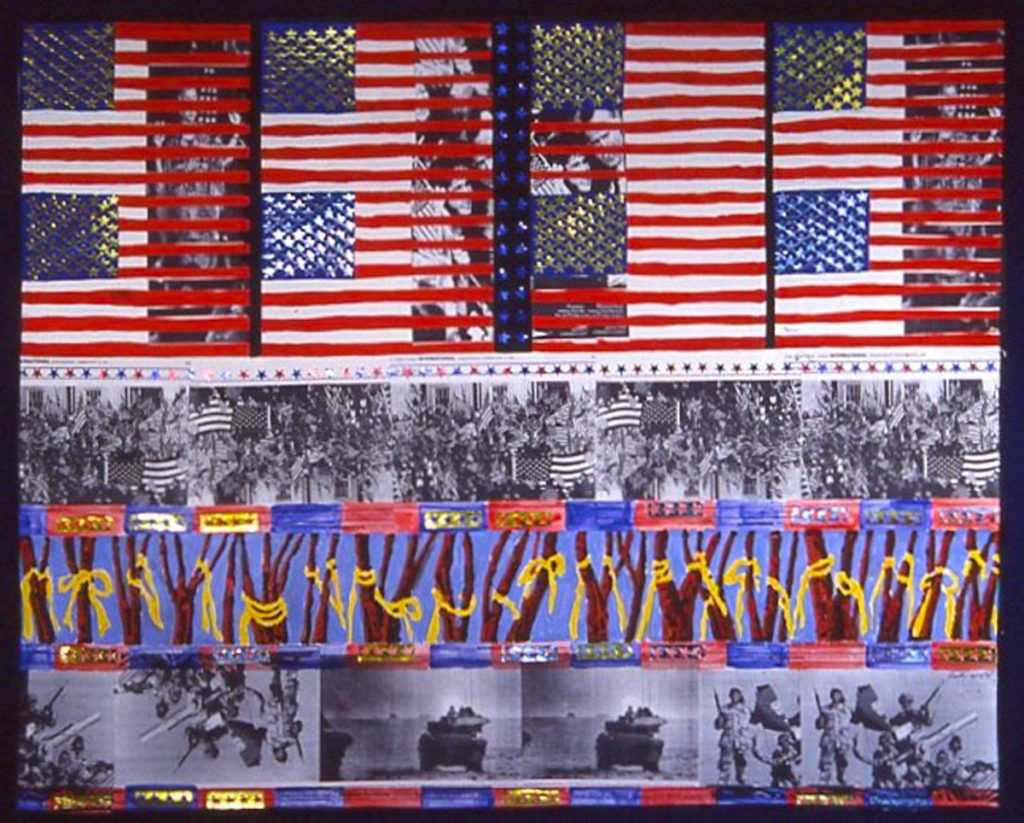 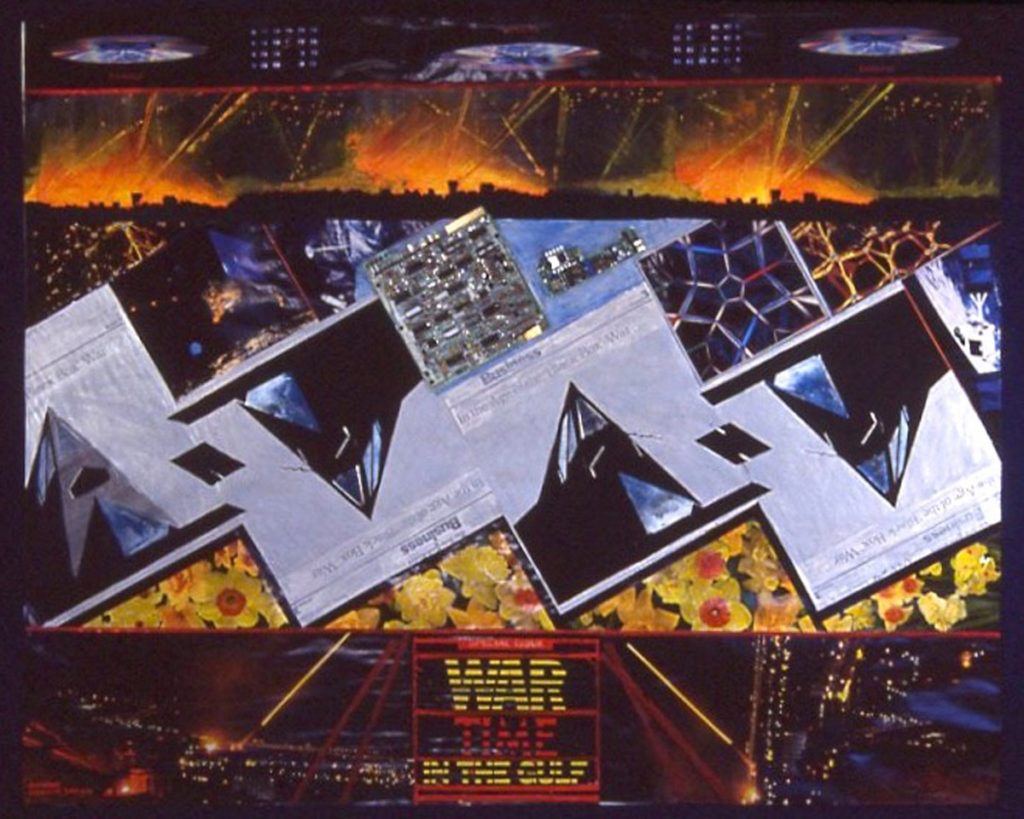 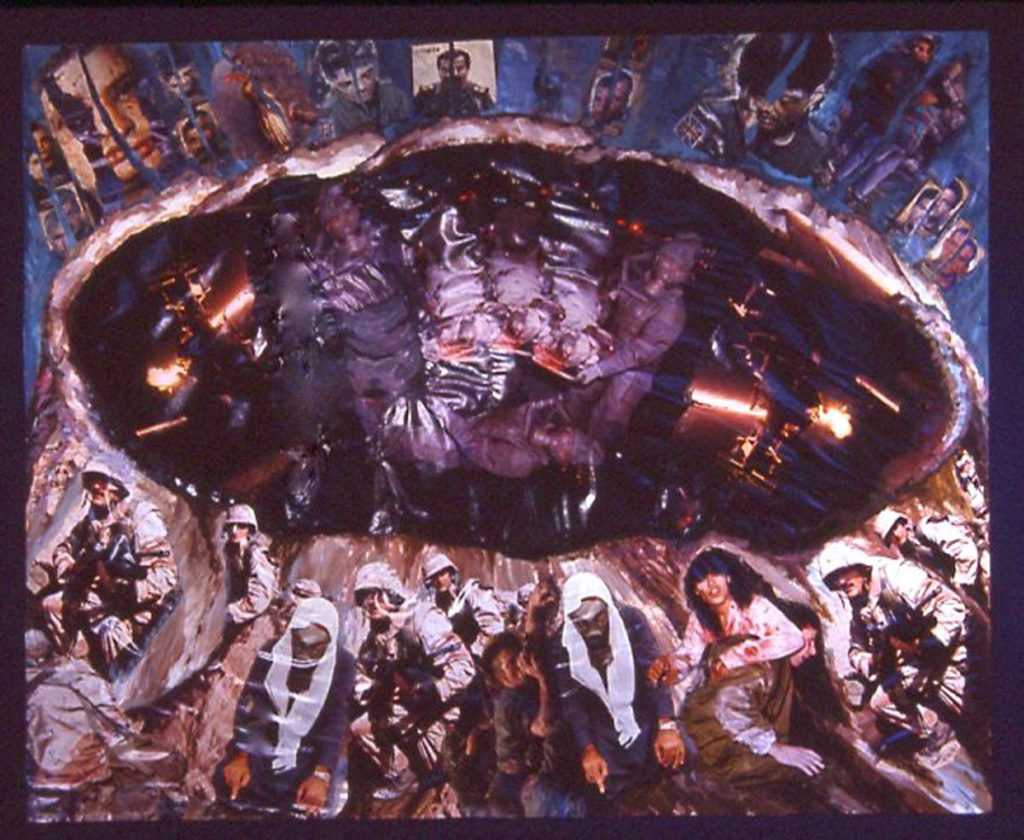 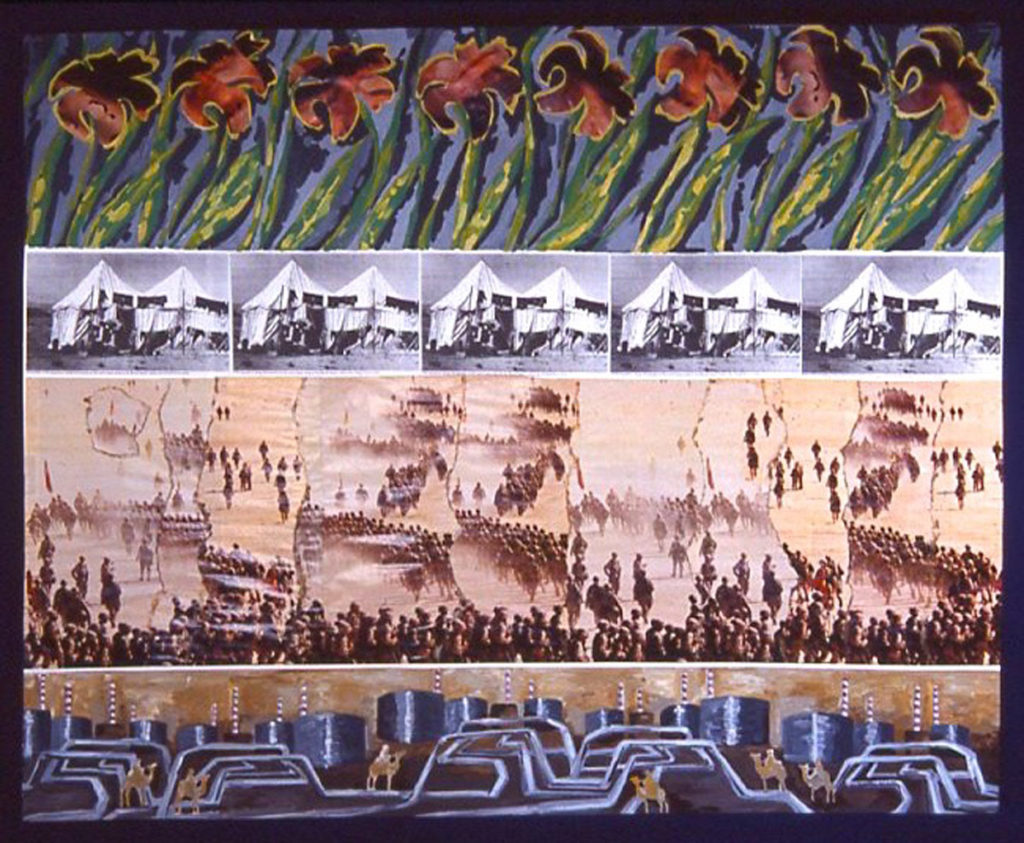 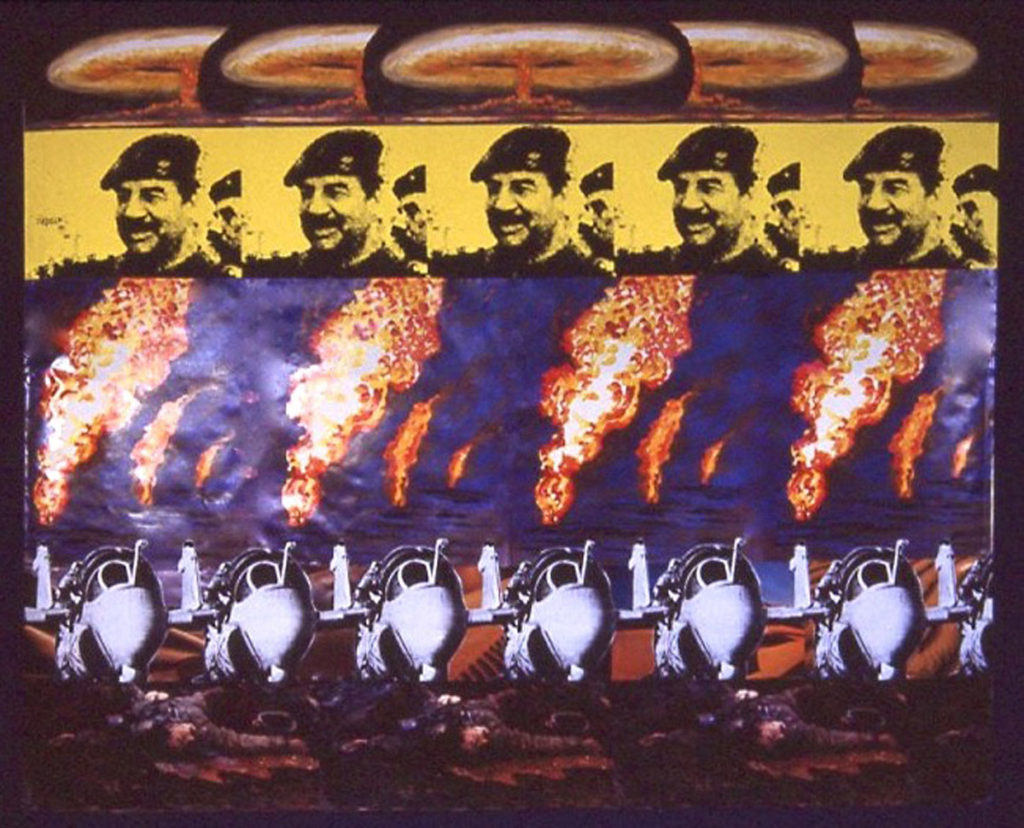 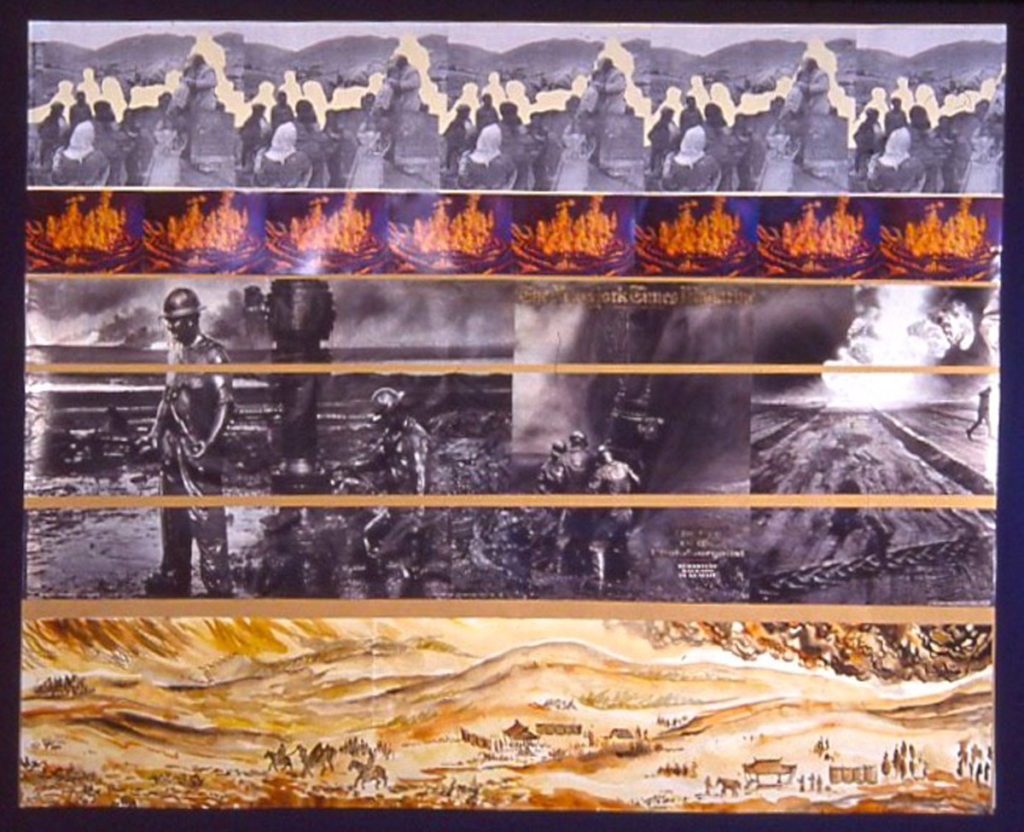 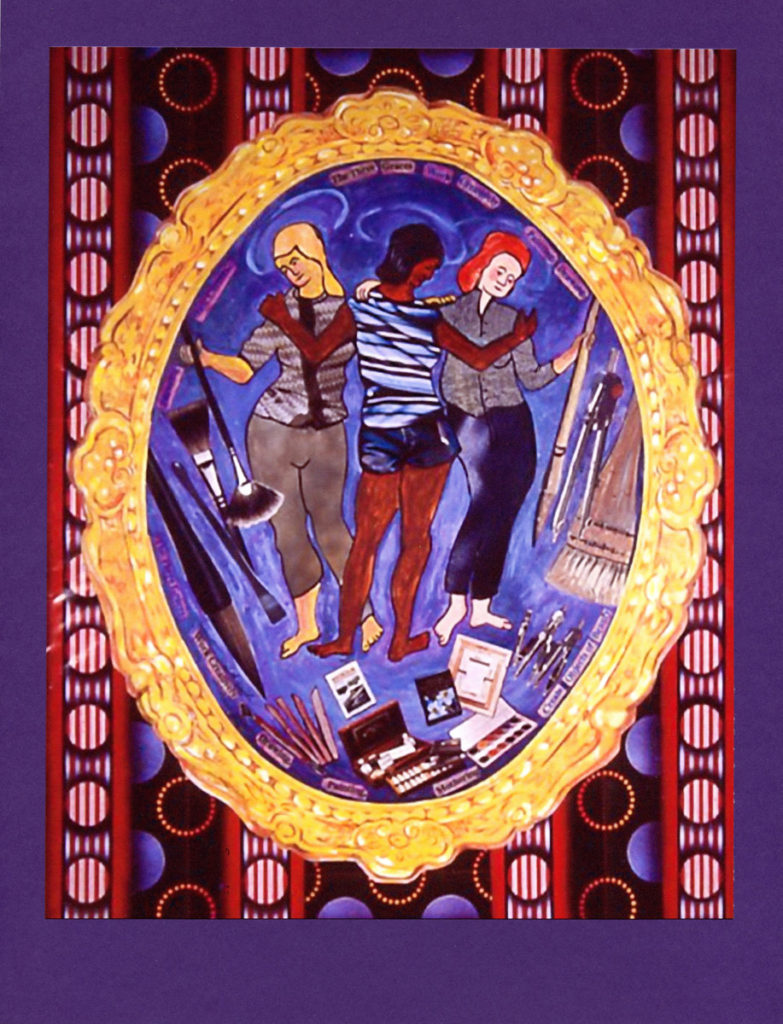 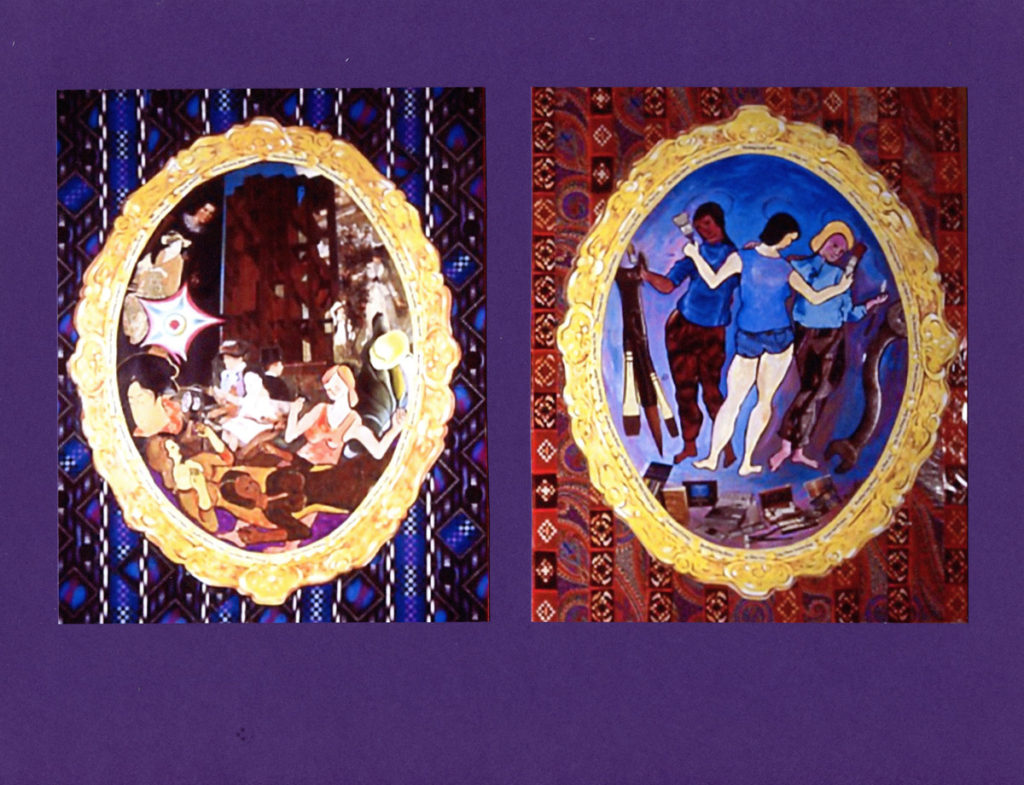 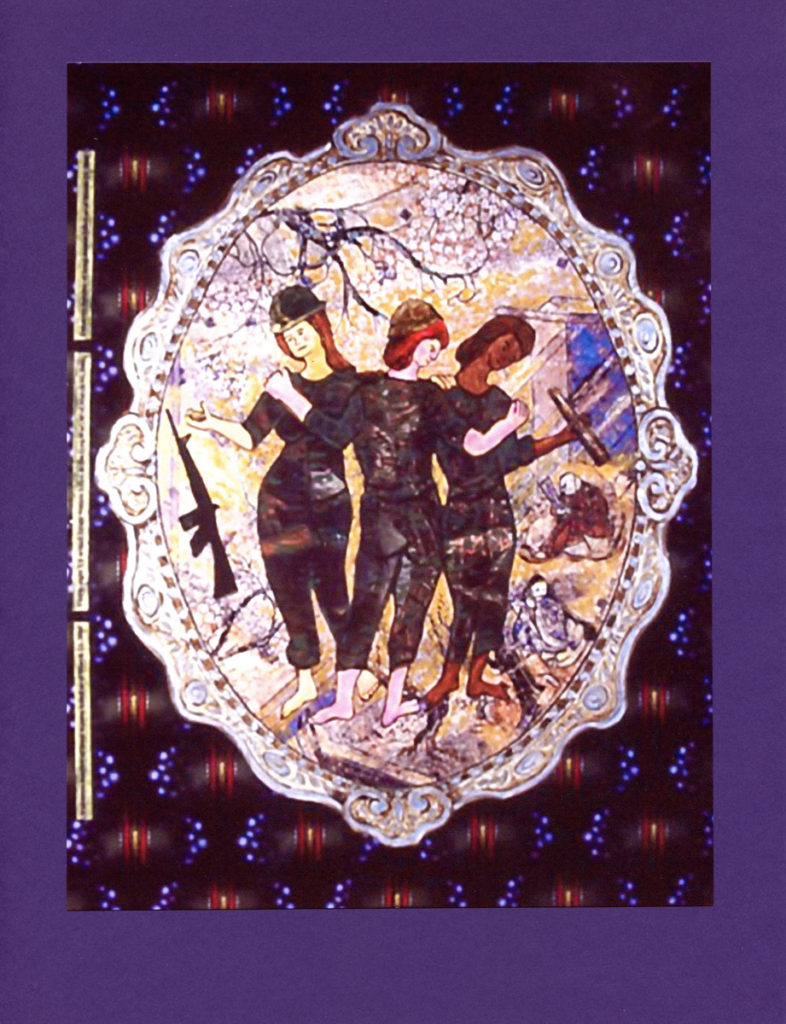 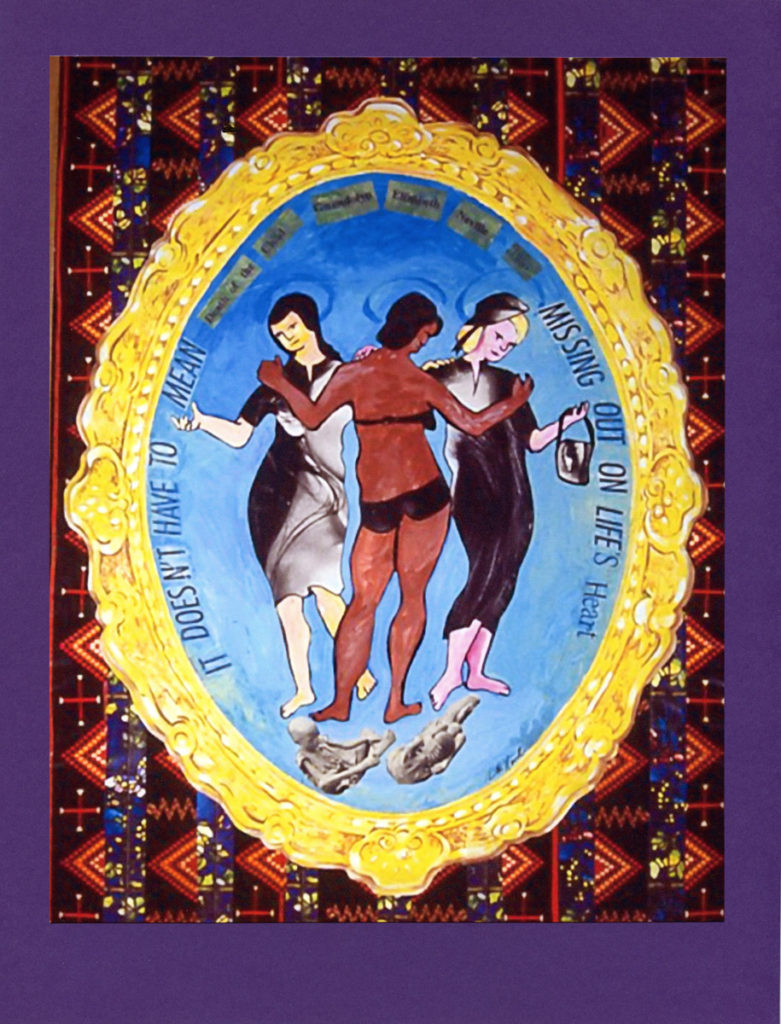 27 "Three Graces Mourn Death of Their Children,"collage, paint,
h 18" x w 14"
1 2 Next »
Many of the works on this site are available for exhibition or sale. Please contact the artist for additional information.