Gonfalon, or banners have a long Heraldic tradition going back thousands of years. Rectangular pieces of cloth, often yards wide, identified ships in ocean battles, or medieval troops on horse. Capturing and displaying the enemy’s flag, or gonfalon, was the crowning proof of Victory (along with a few heads on pikes!) and were often displayed for decades in churches and castles.

I don’t recall where I got the idea of making decorative gonfalon. No one else, that I know of, was doing anything remotely like it. But around 1966 I constructed my first banner; a 1) rectangular, 2) hand-stitched, 3) decorative 4) cloth design. I made these decades before the quilting craze began. I did not make a preliminary design, but worked directly with cloth scraps; cutting, shaping, pinning and sewing pieces as seemed harmonious or striking.
Growing up on an apple farm in rural New York State my sisters and I all learned, through 4-H, to sew our own clothes. By high school years, I was making wool suits and ball gowns. One by-product of sewing is scrap cloth of odd shapes and dimensions. They have little use, but are too pretty to throw away. I saved all the scraps in boxes and used them for banners.

The banners are time-consuming to sew because every raw cloth edge has to be turned under so that no threads will unravel. This is especially difficult for curved or sharp-angle cuts like those in “California Coast, Ocean Wave” banner, a commission from Audrey Goldman (#22).

Several organizations commissioned me to make logo, or “name” banners, including the Katonah Gallery (#01-#02), now the Katonah Art Museum, and the Hastings Institute for Ethics and the Life Sciences. The “Pentecost” banner was also a commission (#33).

My earliest banners were abstract designs. (See #03-#19.) Sister Mary Corita Kent’s serigraphs were an influence for some. Near the end of my banner production period, I began using motifs from other cultures such as Japan (I was teaching Japanese Art History), Africa, or the Neville family (#20-#32). The “Wedding White” banner used satin from my wedding dress (#06) and “Baby Presents” (#07) used the gift package ribbons for our daughter, Leonora’s, birth in 1970.

Only one banner, “Shaped Canvas” (#18), reflects the 1970’s creative period, when I was making large sculptures out of plywood and canvas. The design is directly based on the graphics’ patterns for those works. 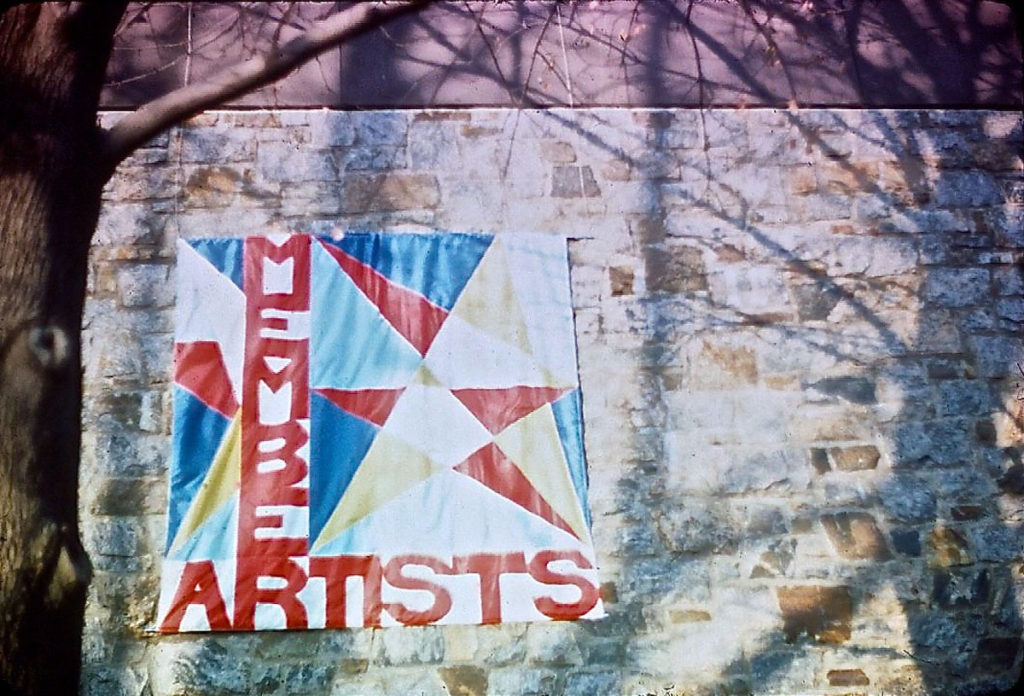 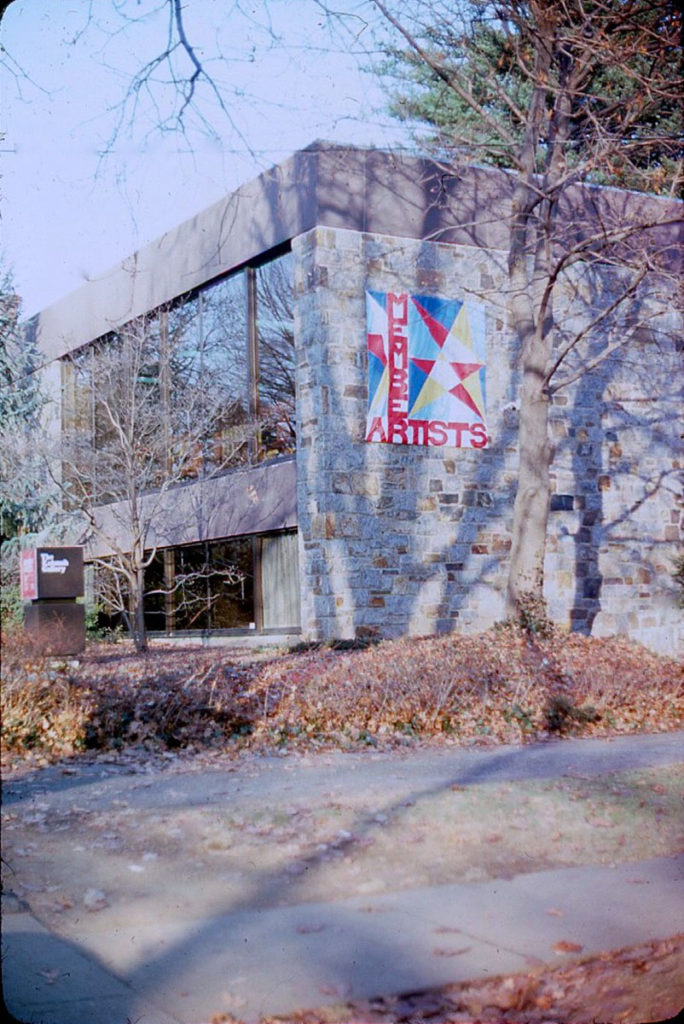 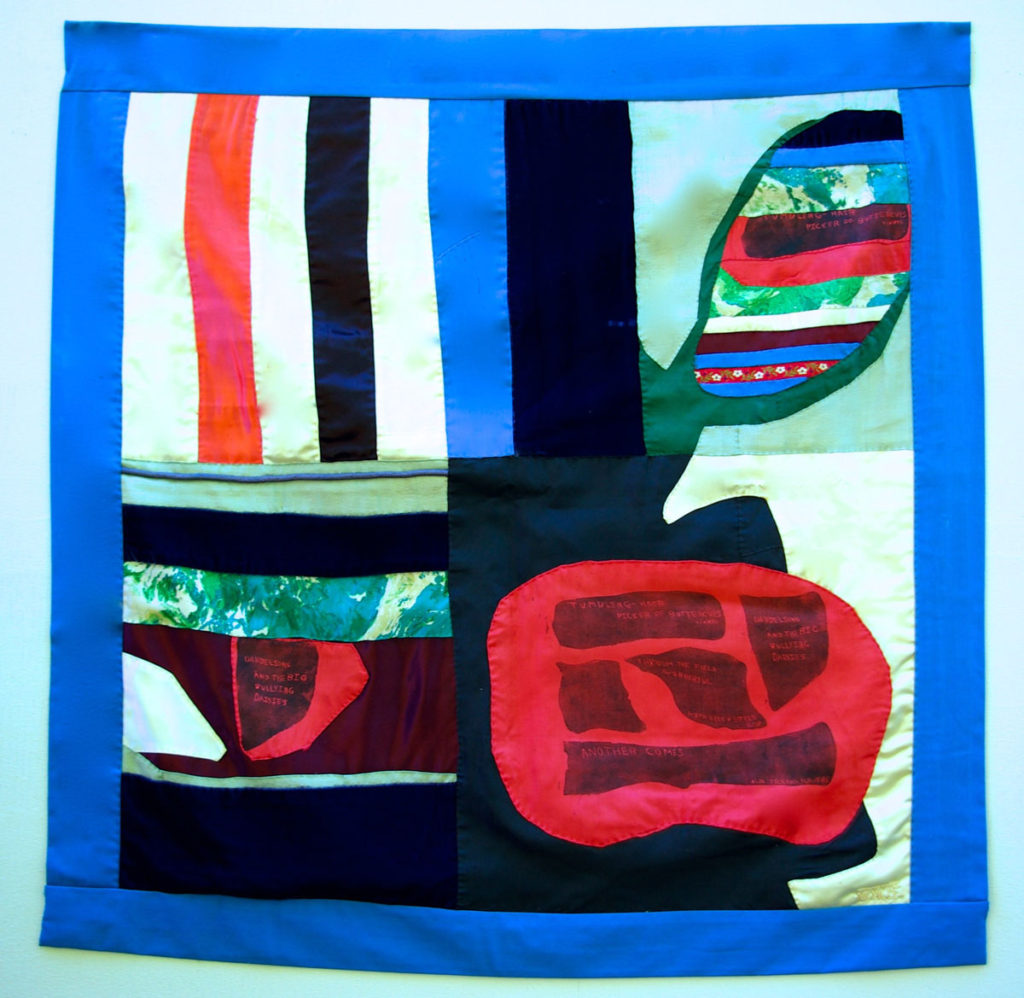 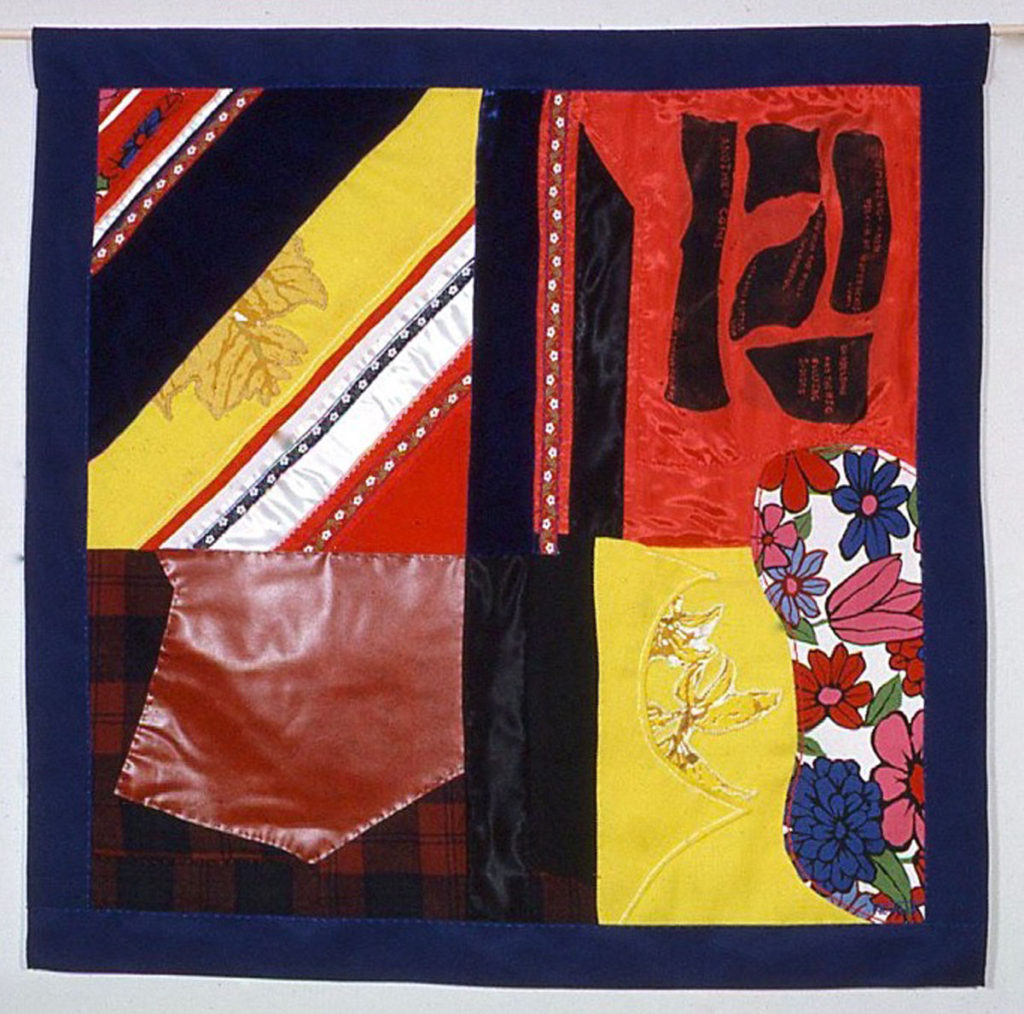 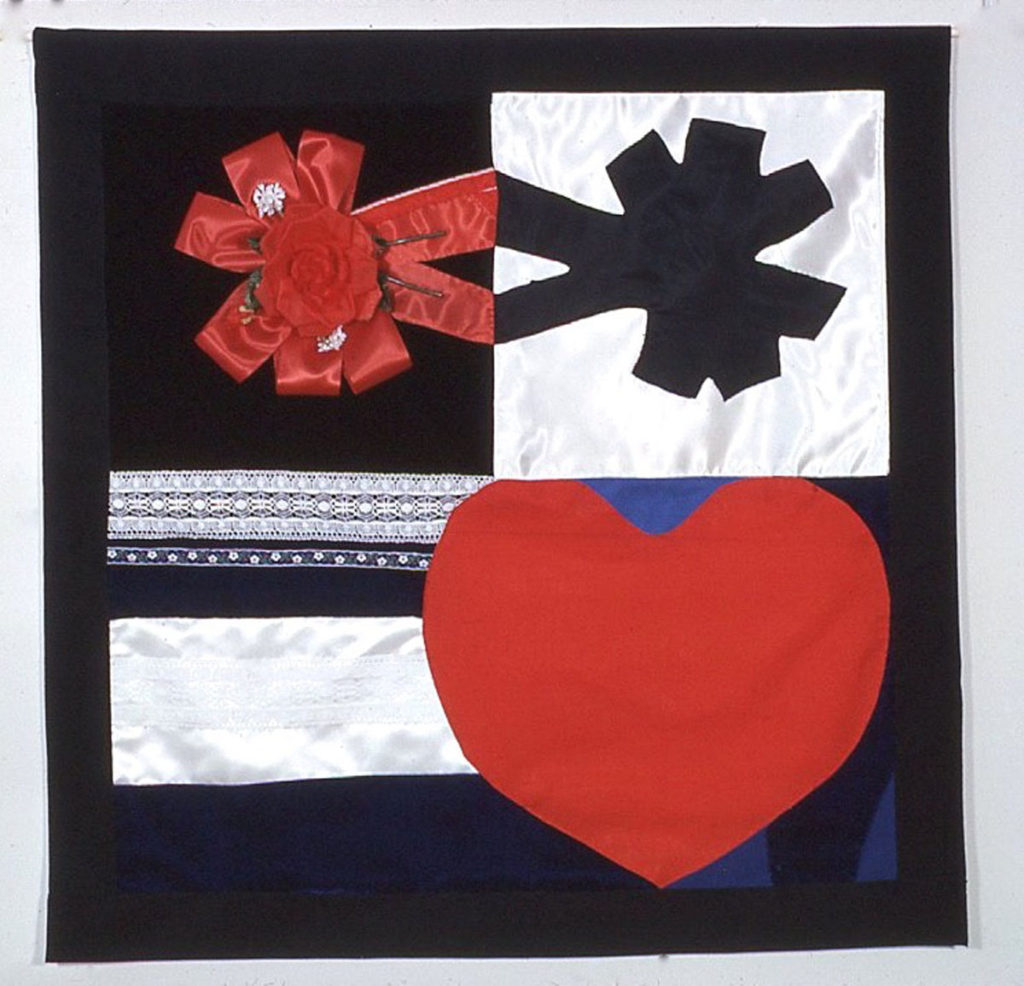 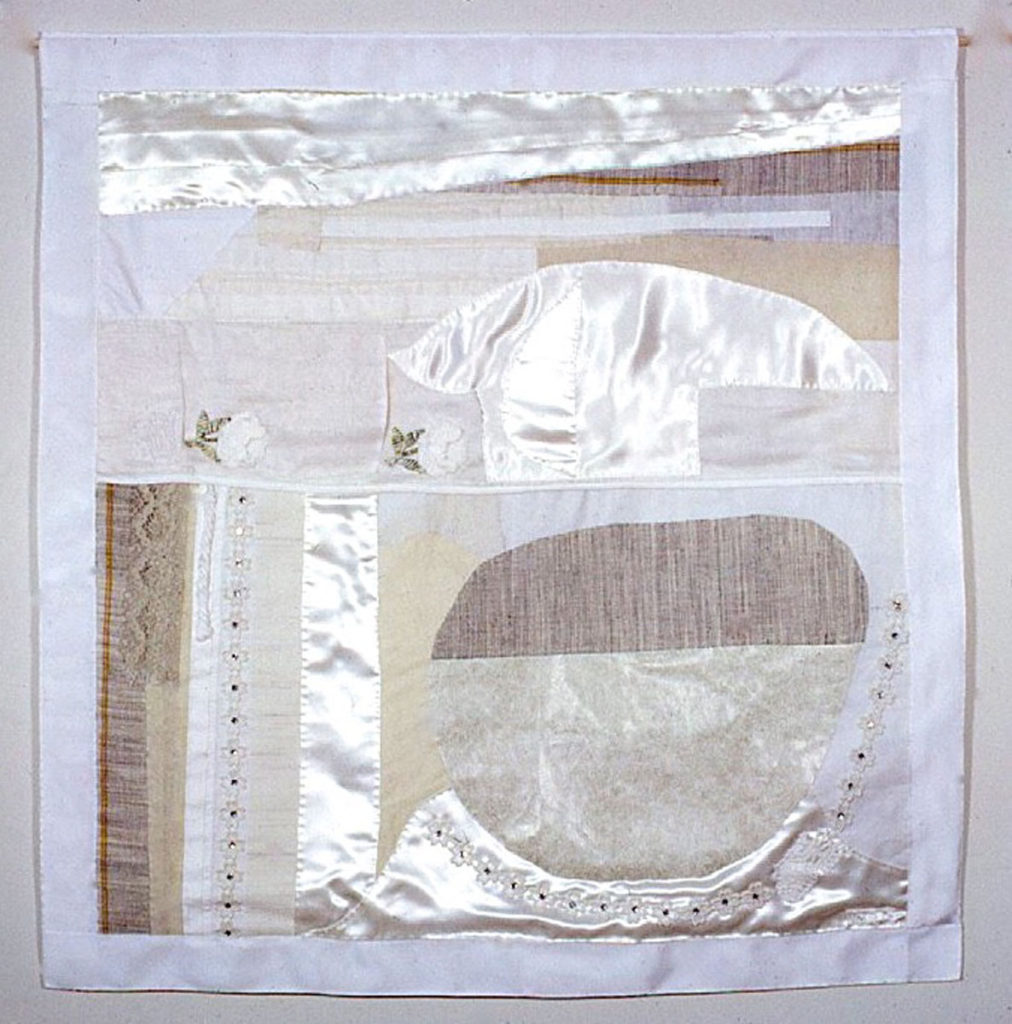 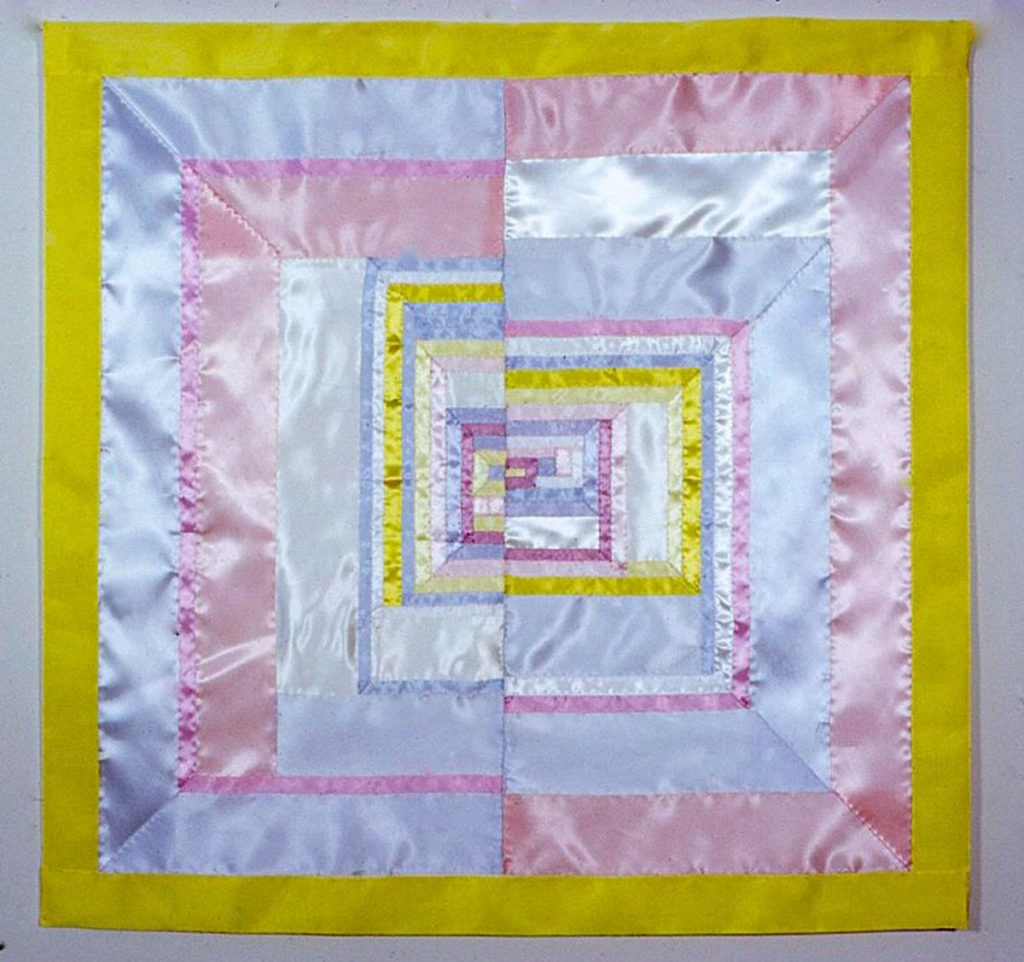 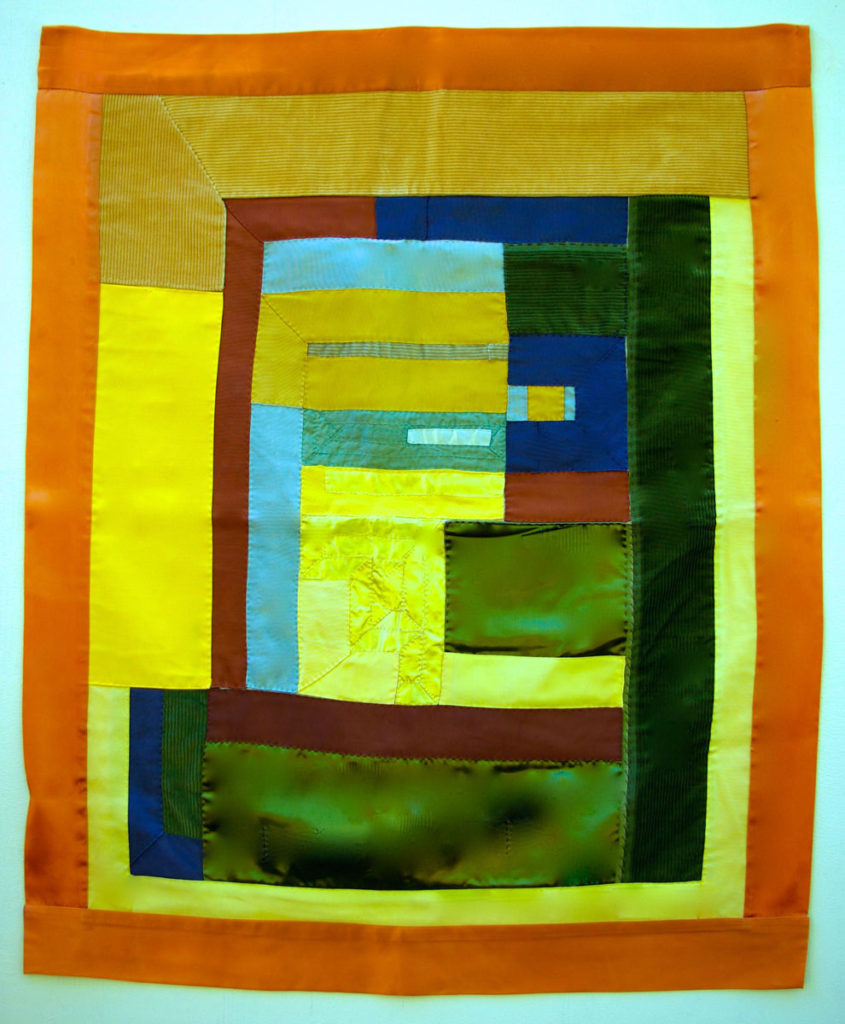 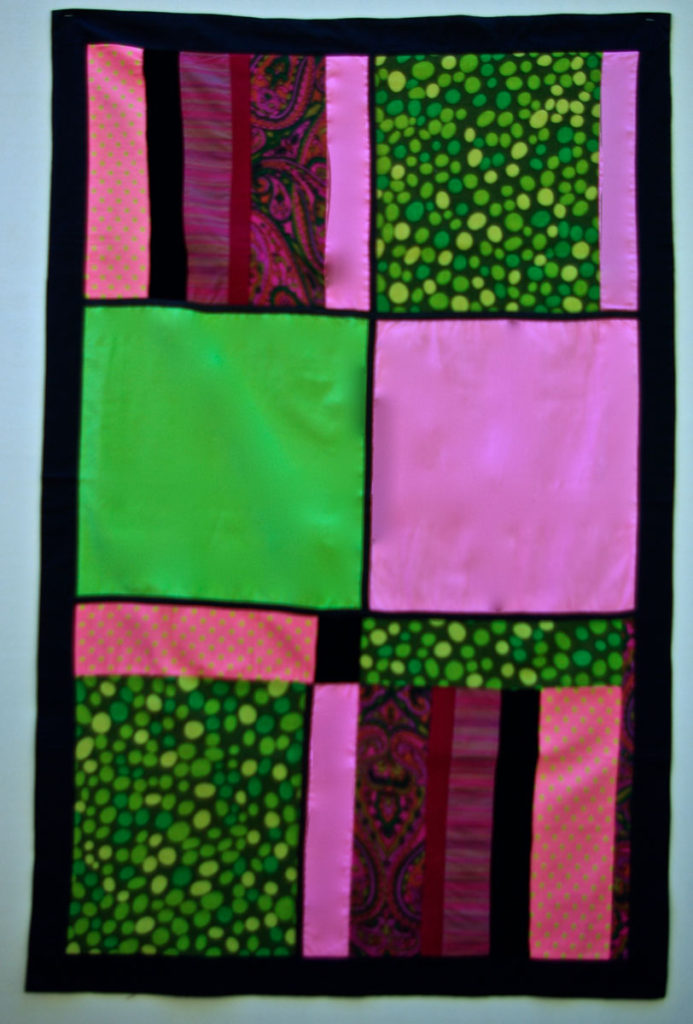 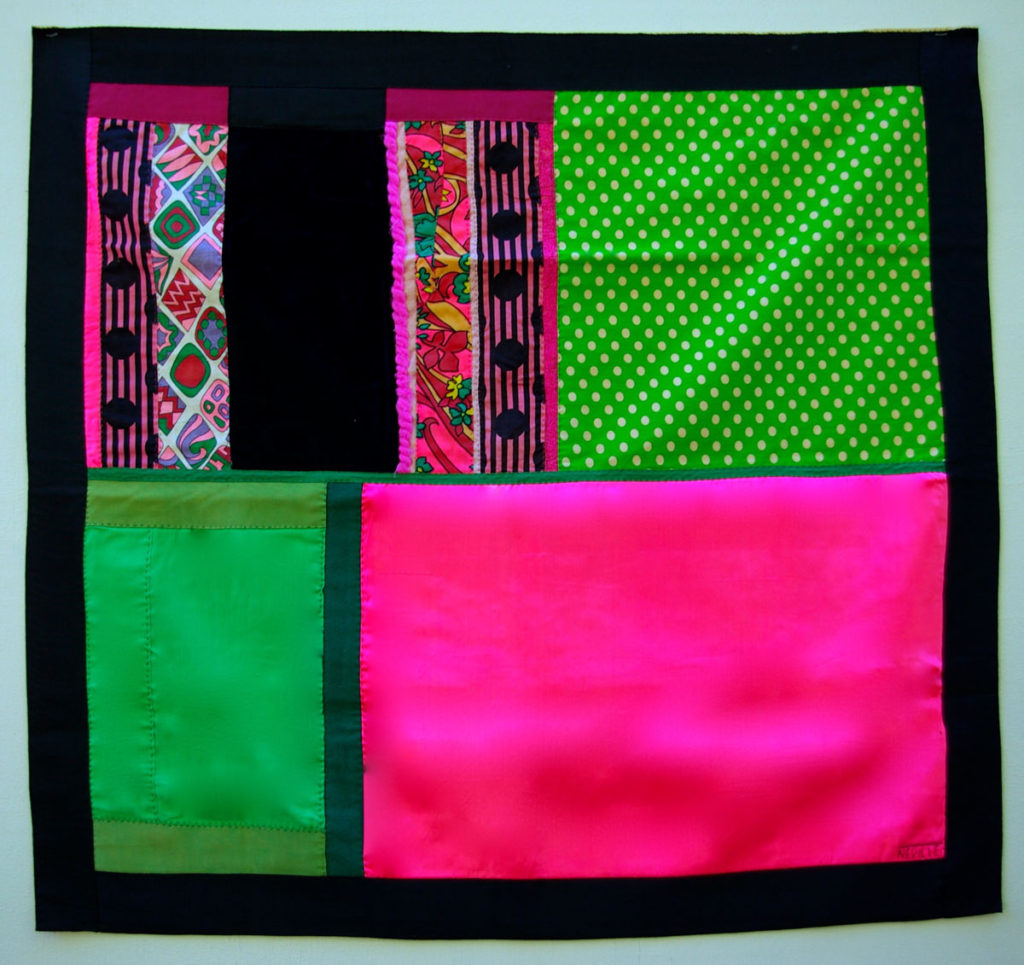 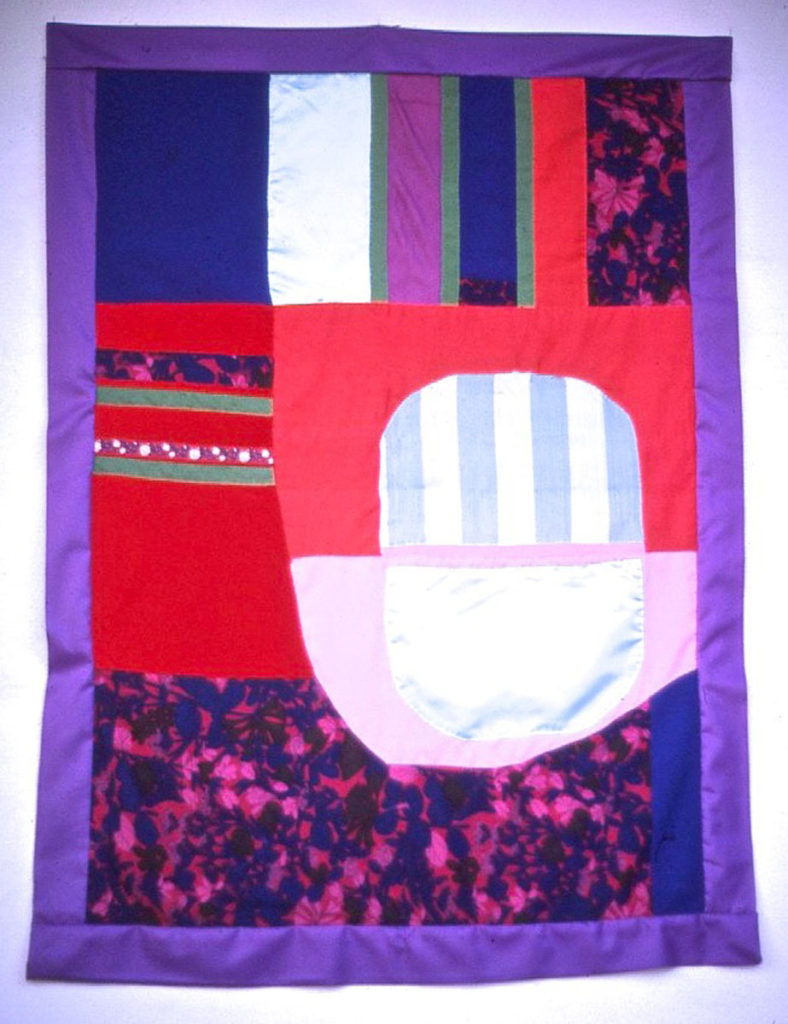 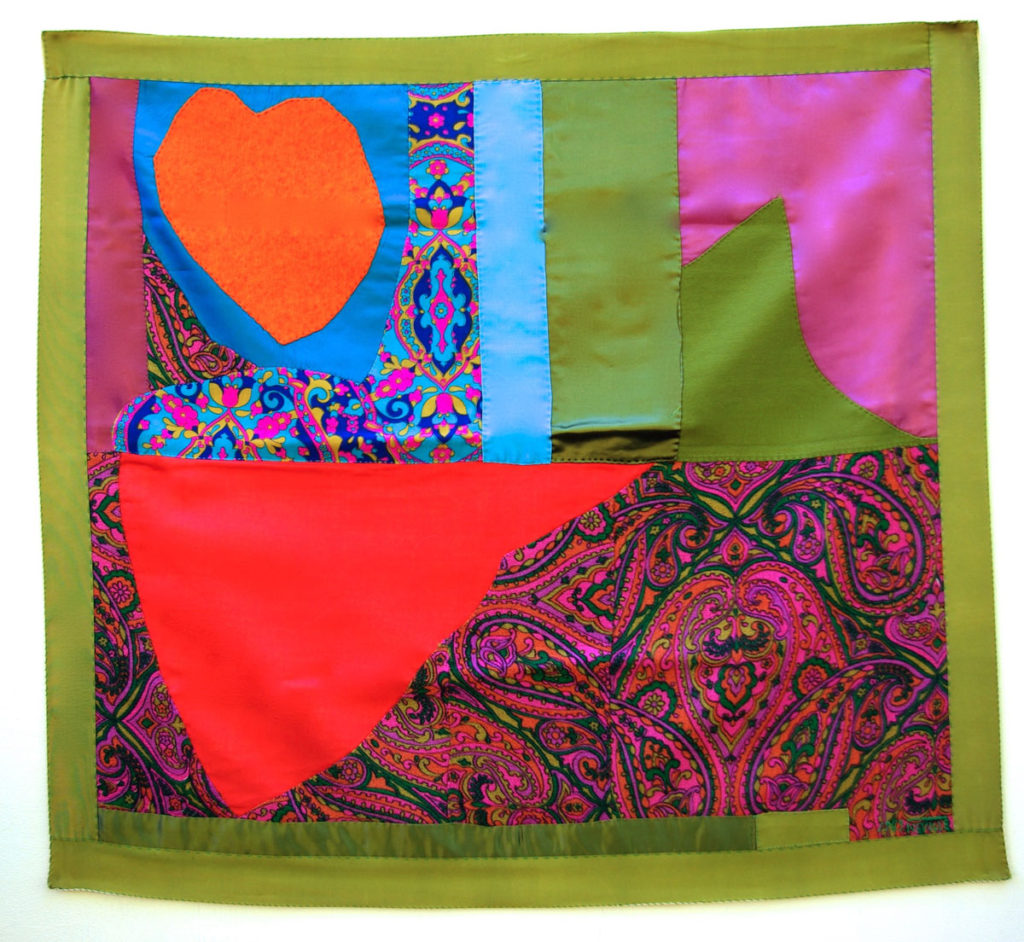 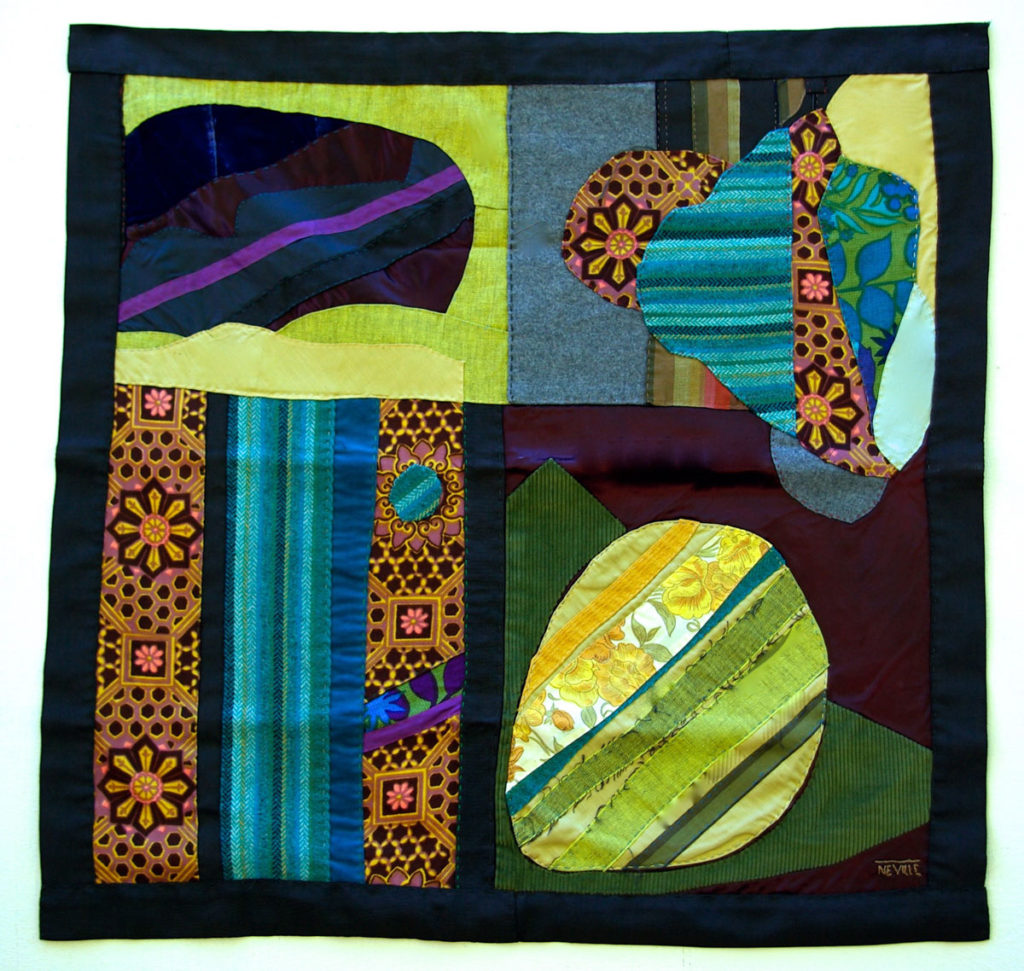 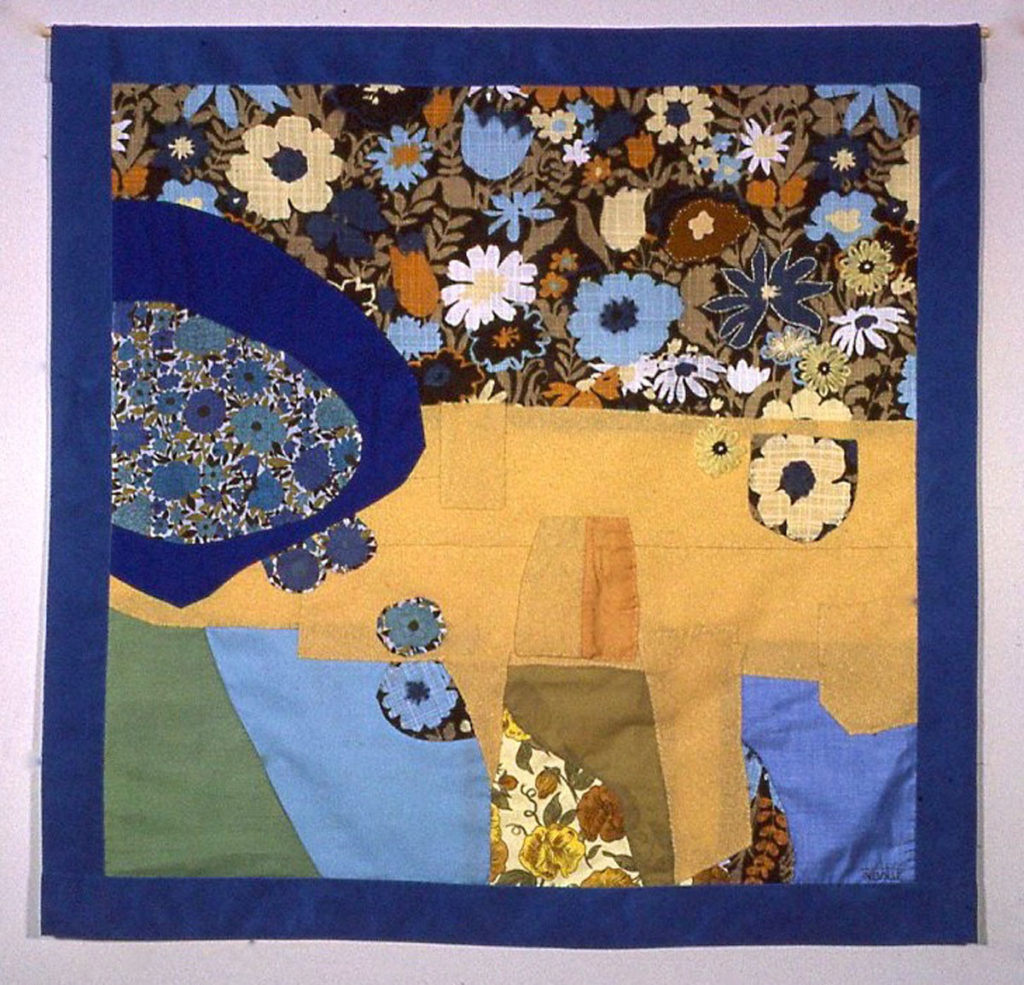 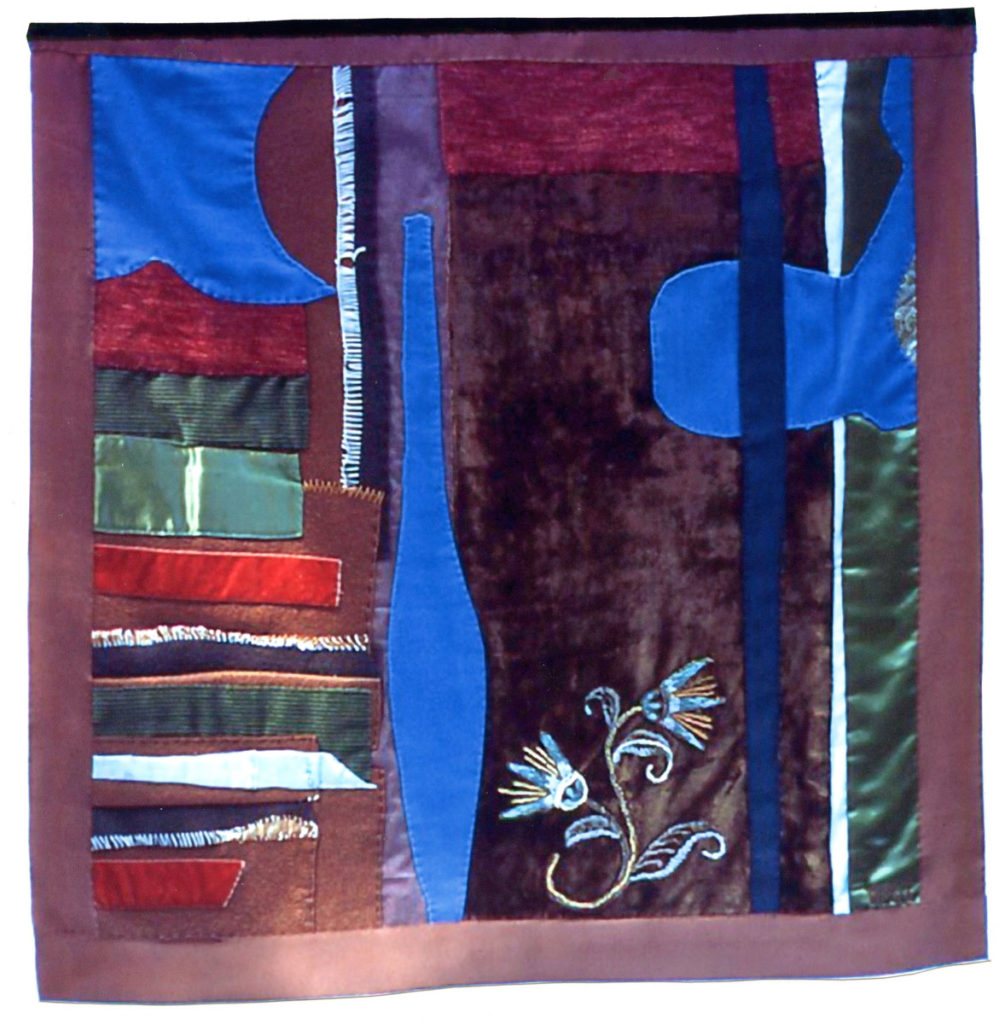 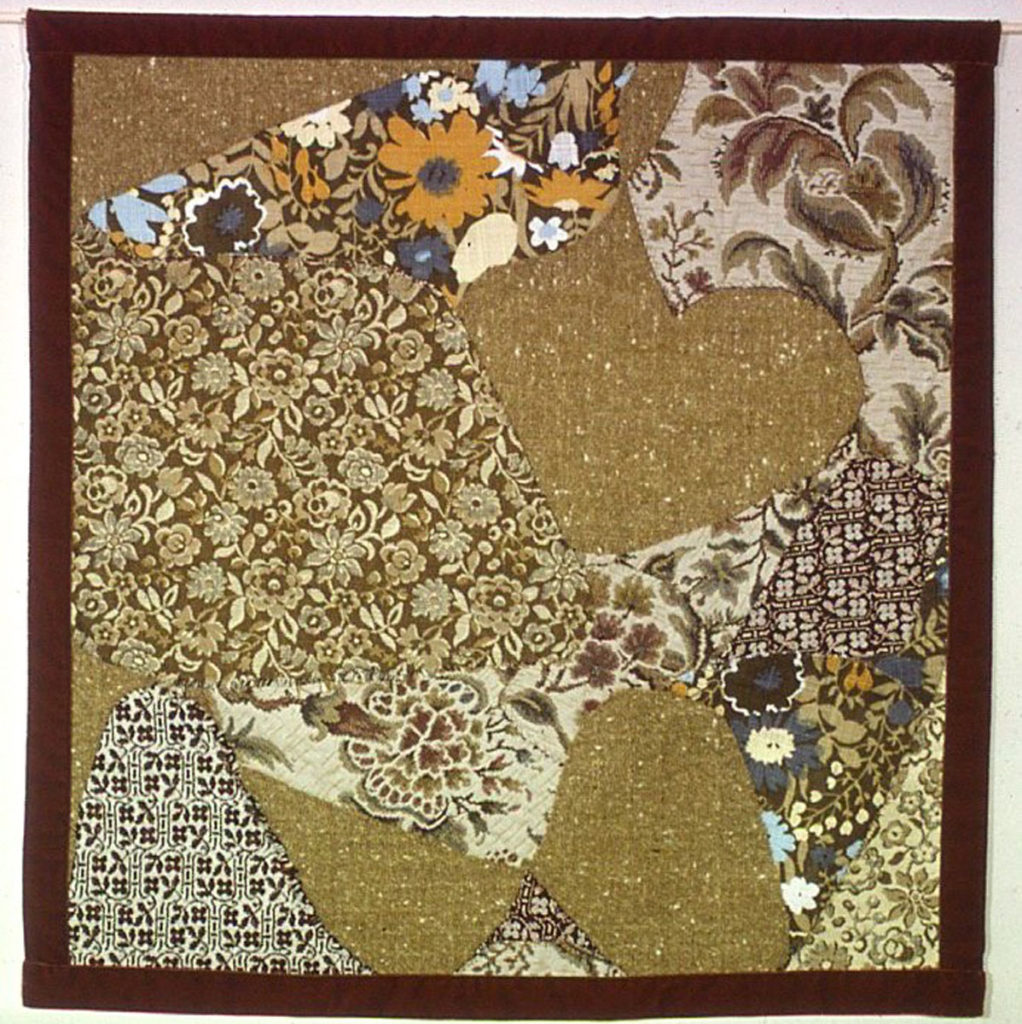 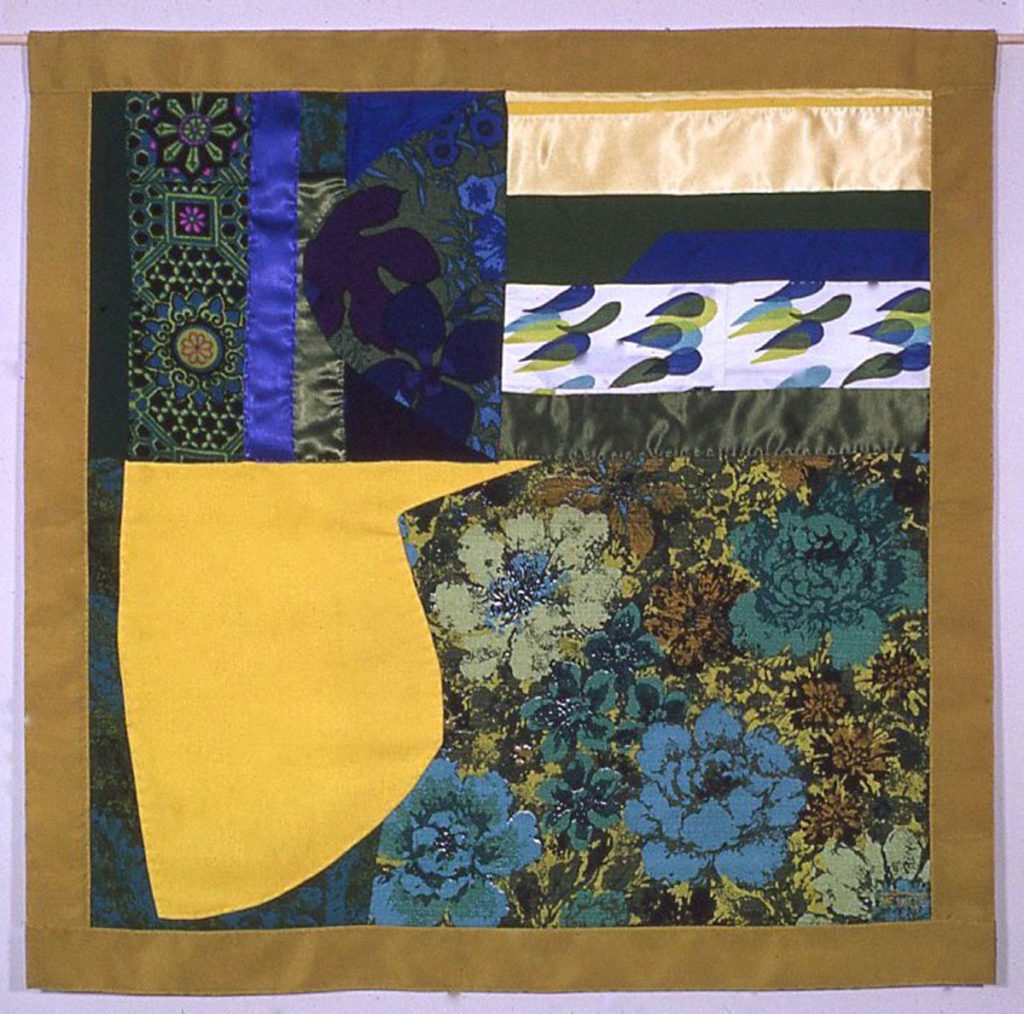 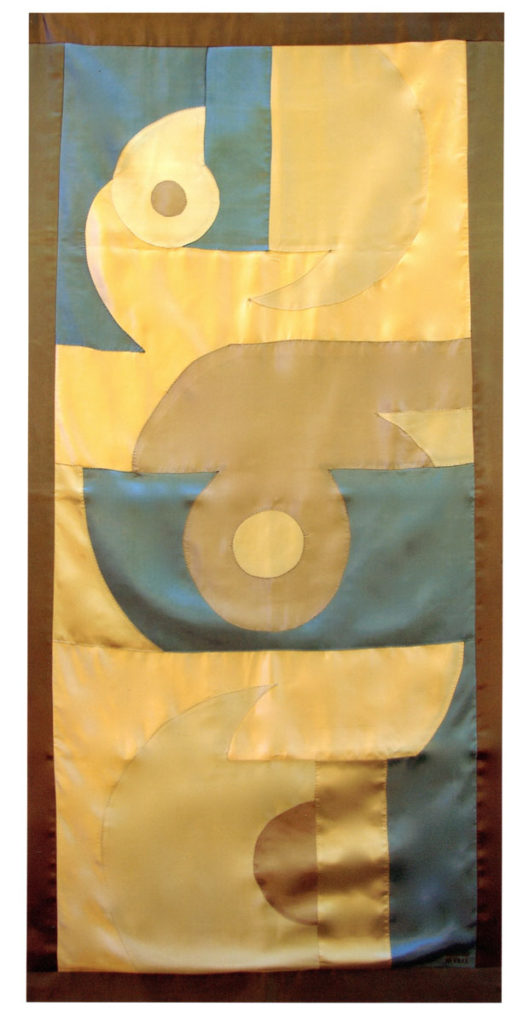 18 "Shaped Canvas Design,"h 6' x w 24"
1 2 Next »
Many of the works on this site are available for exhibition or sale. Please contact the artist for additional information.