In 1980, two days after my May 16th birthday, the volcano Mt. St. Helens spectacularly erupted, killing 57 people and thousands of game animals and wildlife. Geologists had been predicting the imminent explosion for months and I knew immediately that I would make works of art about it. I had been working with “Earth, Air, Fire, Water” imagery for several years and a volcanic eruption includes the symbols of earth, air, fire, and sometimes water as steam. Since 1980 I have produced at least 57 volcanic images in many media: etching, watercolor, oil, acrylic, collage, and drawing.

Whence came my interest in volcanoes as an art symbol? I am sure that I don’t fully understand my fascination with their violence. However, I can identify some of my emotional reactions to an erupting volcano: death, creative activity, birth or transformation from one thing to another, the Sublime beauty of violence seen in fire, and earth’s geological shifts making mountains and lakes. I’ve never really identified volcanoes with sexuality, although I’m sure other people do. Recall that Georgia O’Keefe said her floral paintings were not about sex. On the other hand, Woody Allen essentially said, “Its all about sex and death.”

“Study: Mt. St. Helen” (#01) is one of my first studies of the volcano. From its first eruptions, I watched the event unfold on television, bought every newspaper image, and began drawing the volcano. Quickly I translated my drawings into an oversized intaglio etching (#02, #03) in Donn Steward’s Huntington Township Art League print studio. (For a description of Master Printer, Steward’s etching studio, see my web section: “Intaglio Etchings.”) Within several months I included the oval caldera as another related symbol (#06, #07). The graphite drawing became the basis for an acrylic painting, “Caldera.”* The acrylic painting, h. feet by w. 6 feet, won a First Award at a Fine Arts Museum of Long Island, Roslyn, NY, juried exhibit. The prize came with the opportunity to create “Eternal Recurrence of the Same,” (See Neville web site) an acrylic painting, height 5 feet by length 70 feet. Its volcanic symbol-system of quietness, creation, mature activity, decline, death and rebirth arose from my interest in the change-agency of volcanoes. (See drawings #34 to #43 and acrylic paintings # 44 to #51.)

The 2010 eruption of Eyjafjallajokul, the Icelandic volcano, inspired me to return to the topic (#52, #53). Painting from news photographs, I attempt to capture the majesty, mystery, and awesome power of an earth eruption. Technically, the “Eyjafjallajokul” watercolors are the best I have painted. Each section required different approaches including washes, reserving white paper, and small repetitive strokes that build up over underlying strokes.

* I sold “Caldera” directly from the exhibit and have no slide or photo of it. 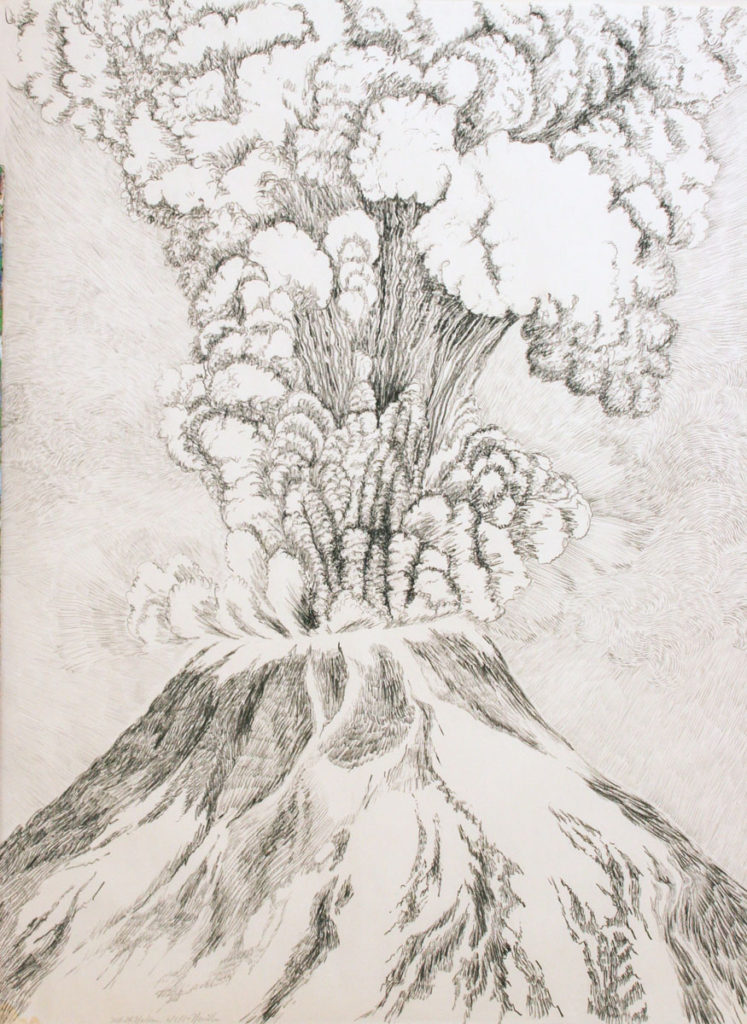 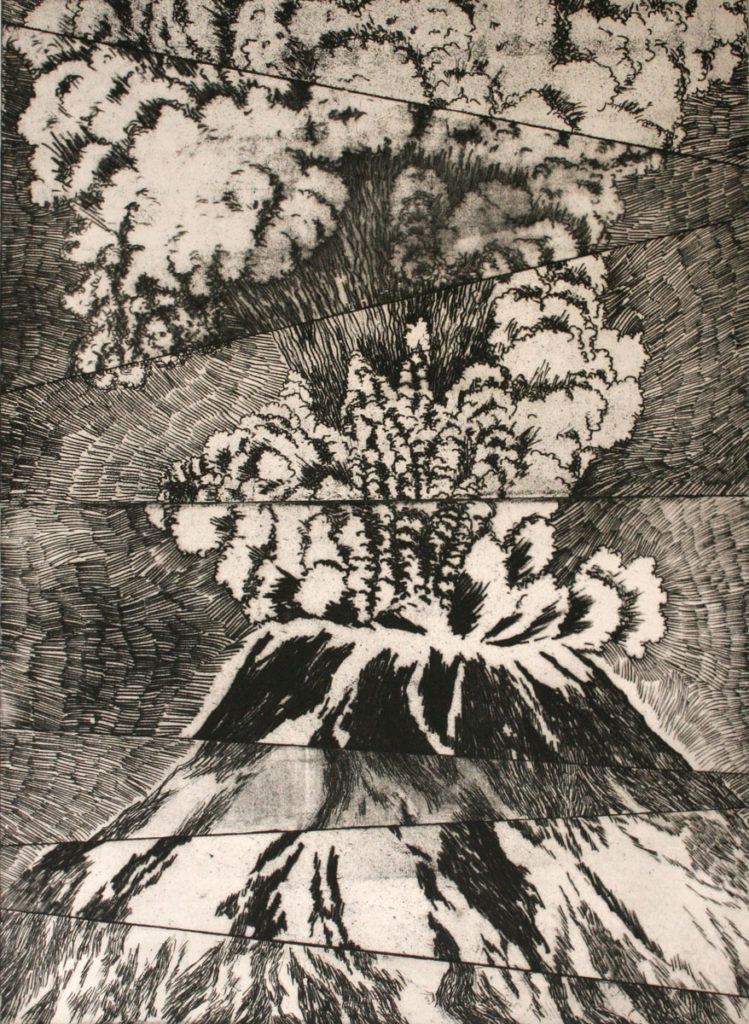 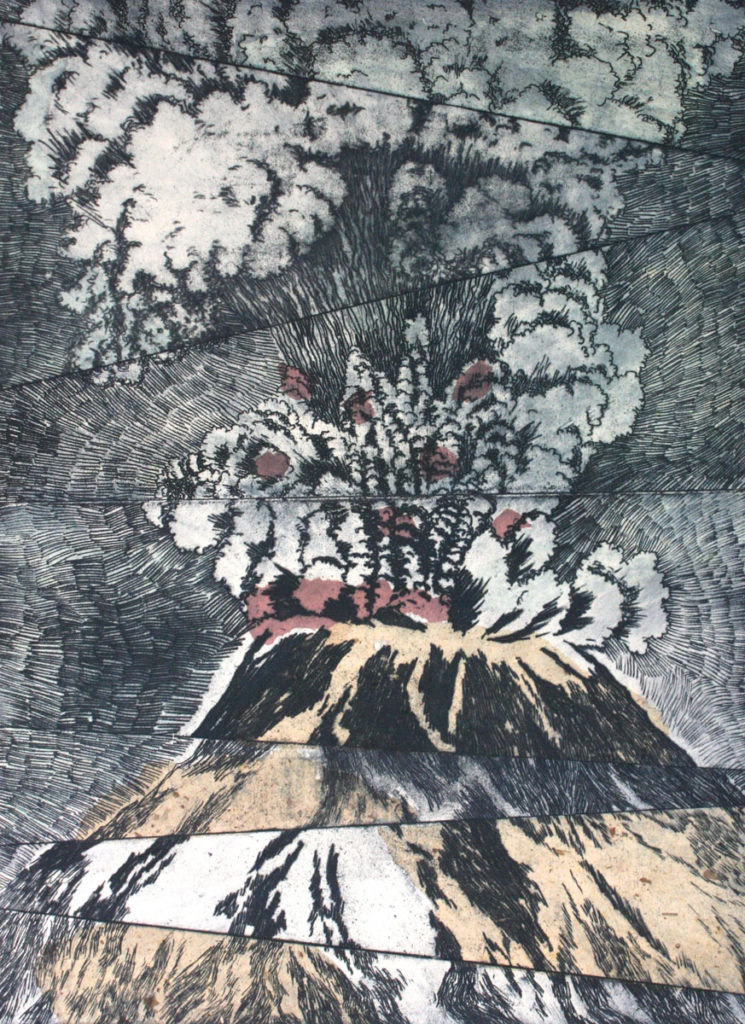 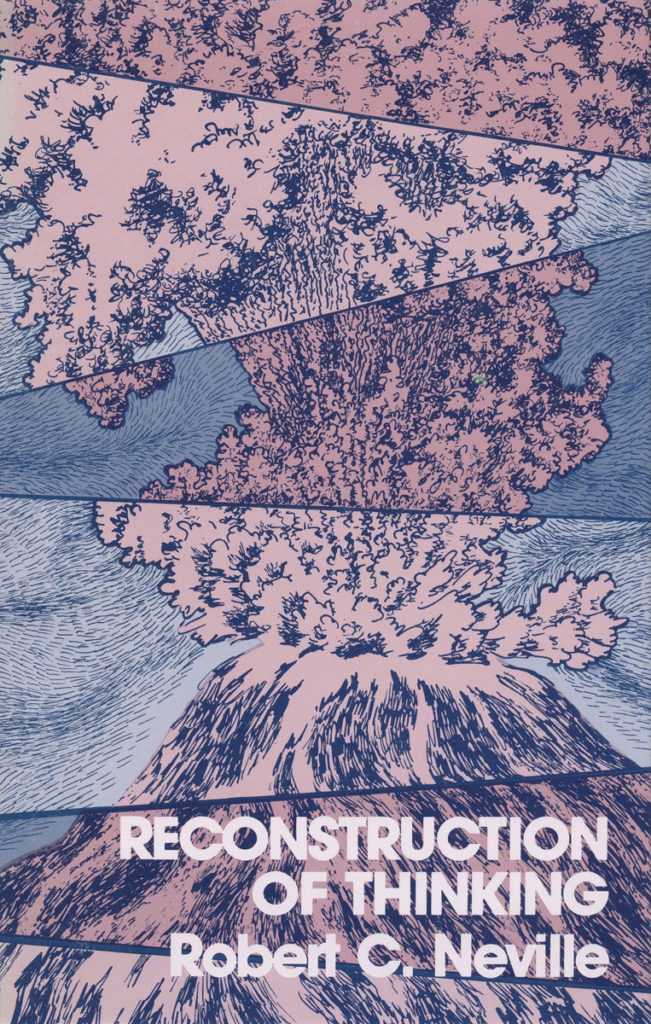 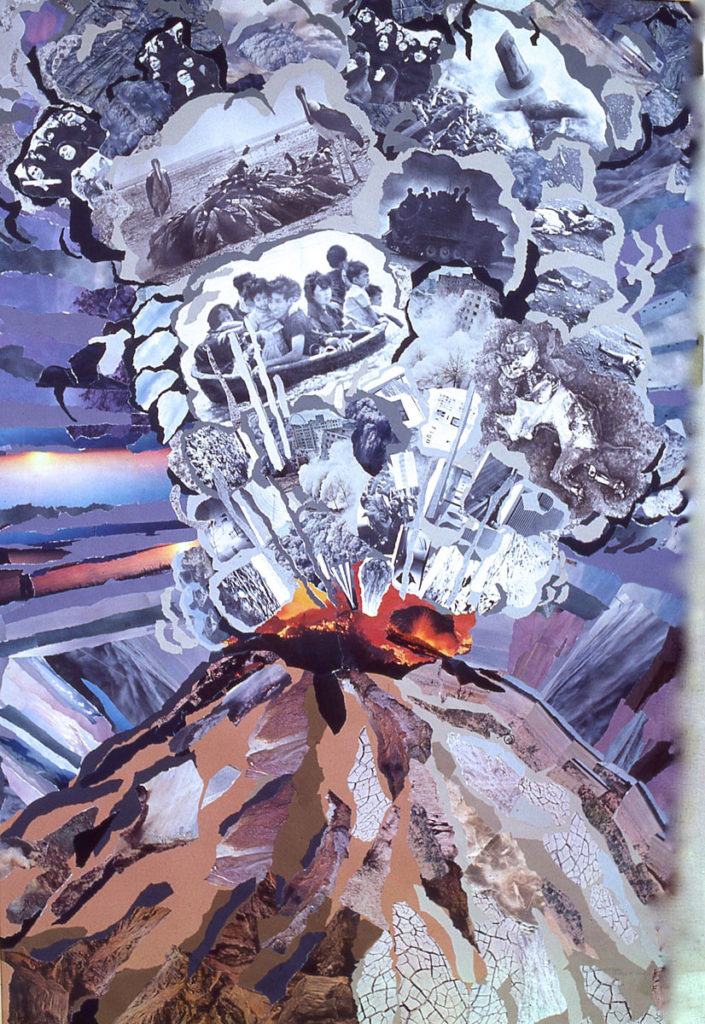 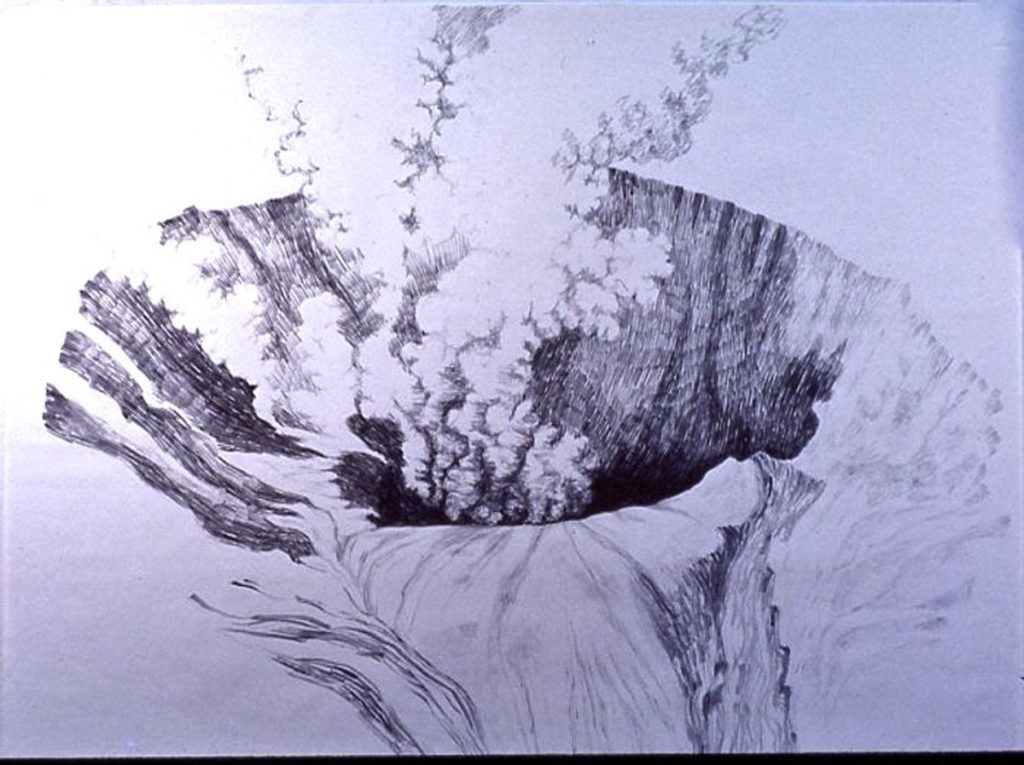 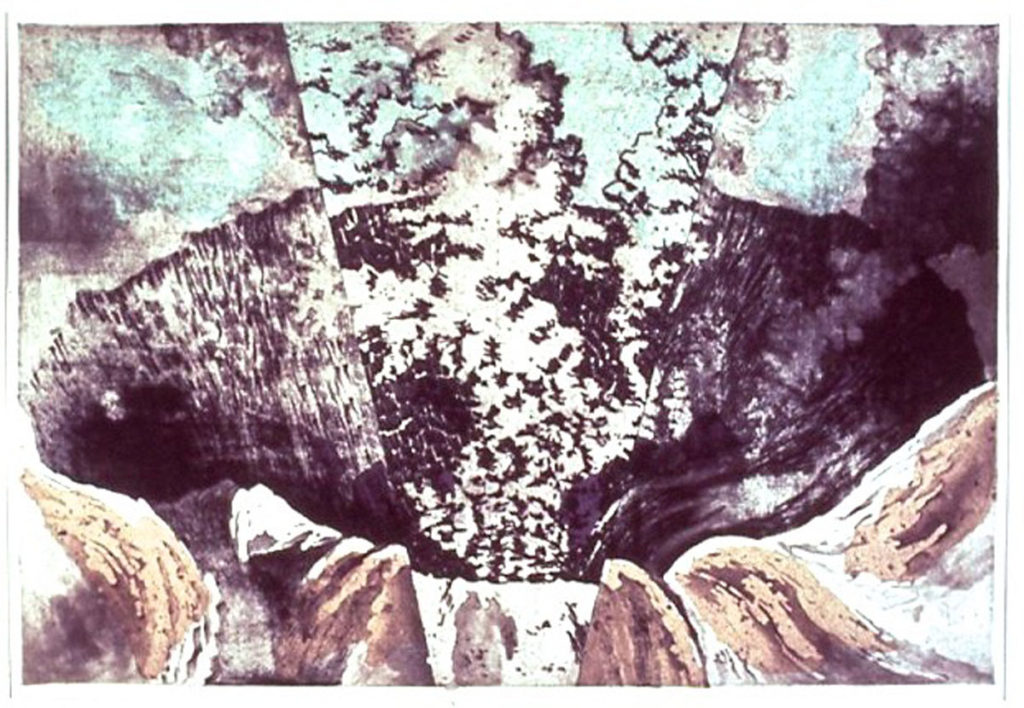 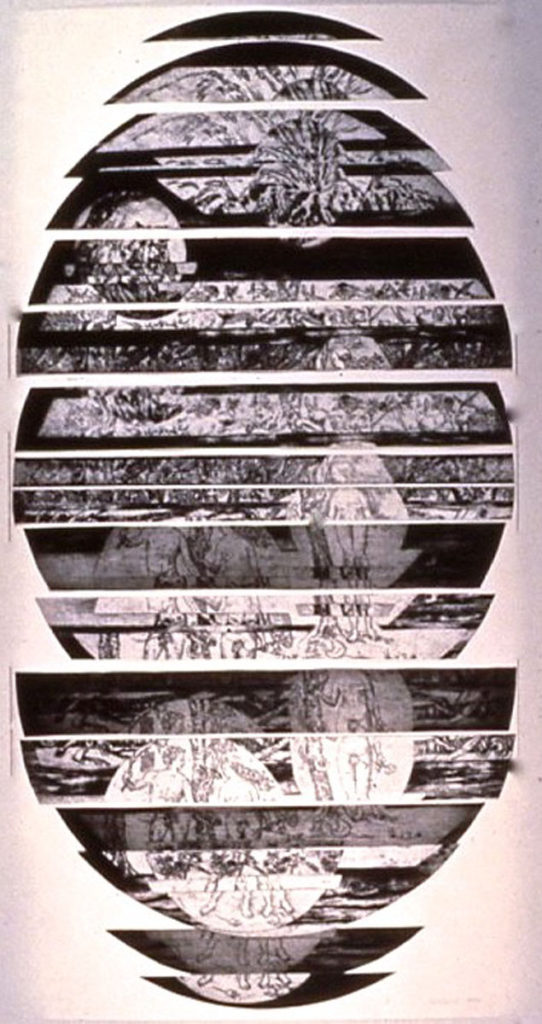 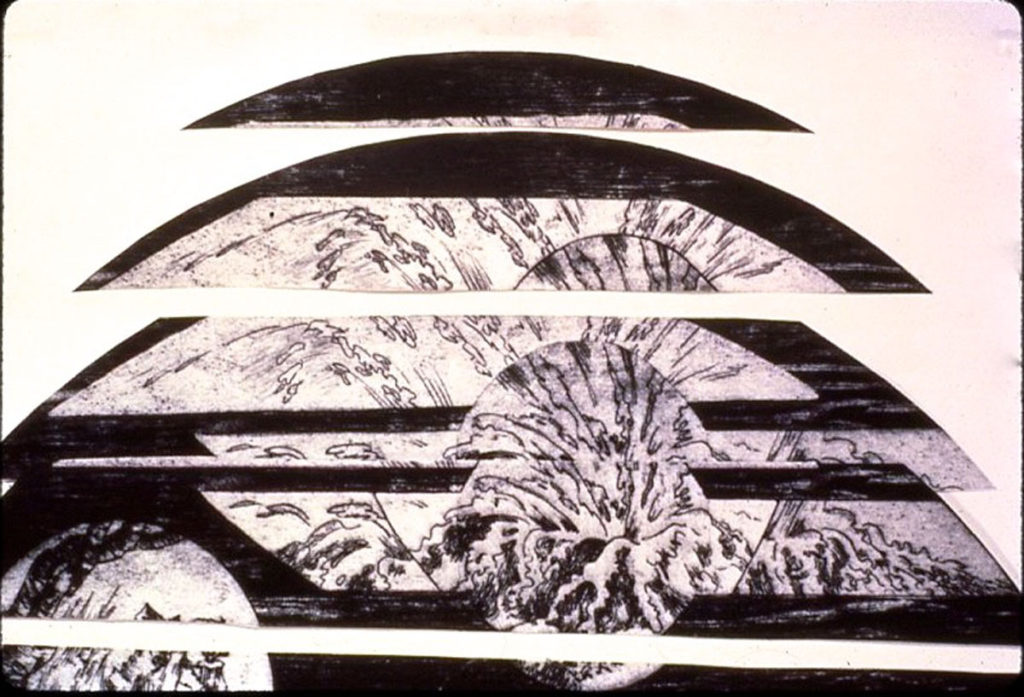 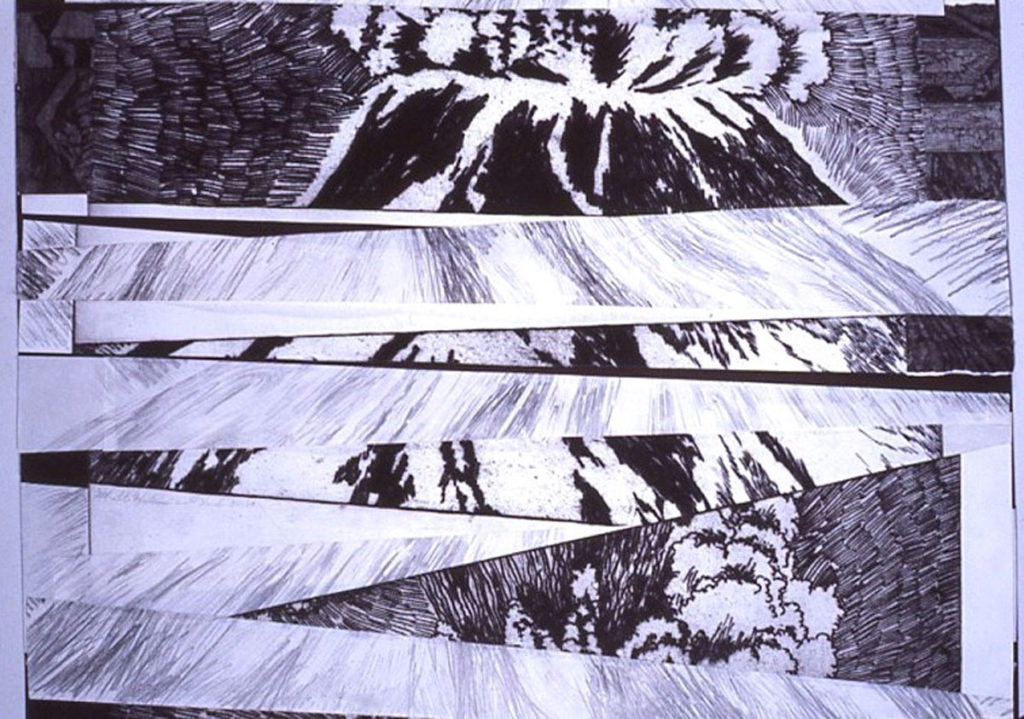 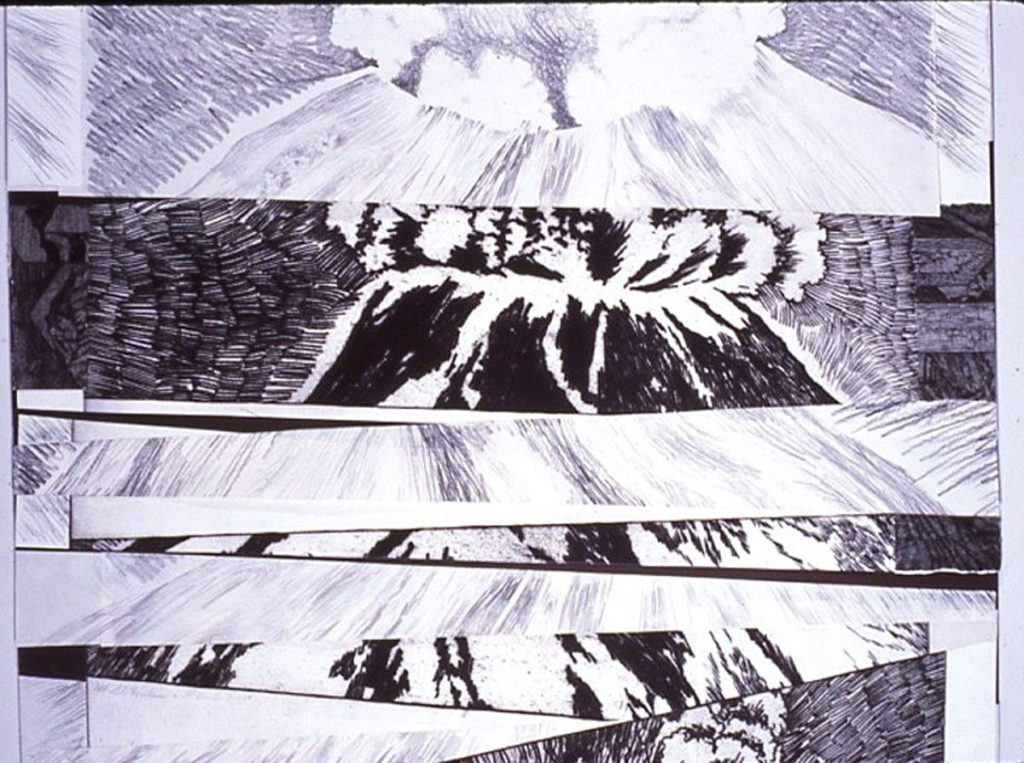 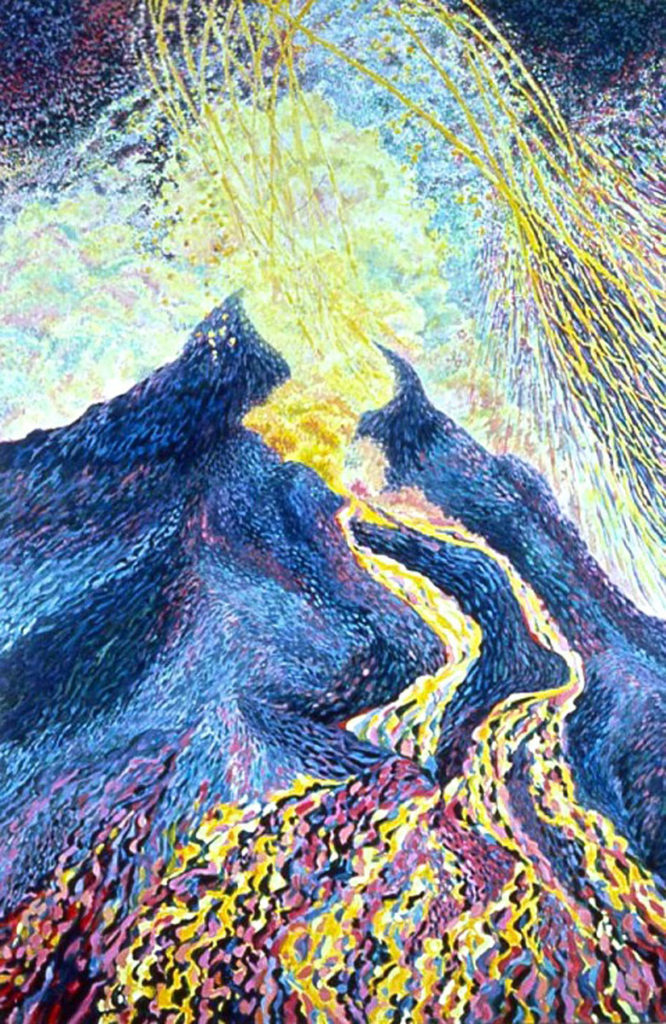 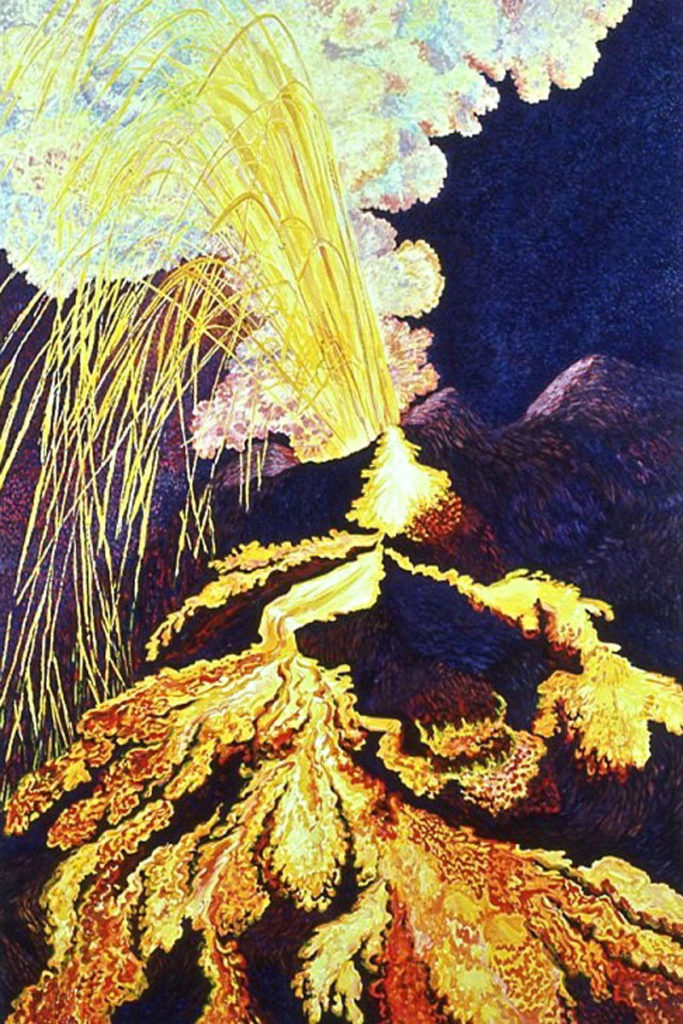 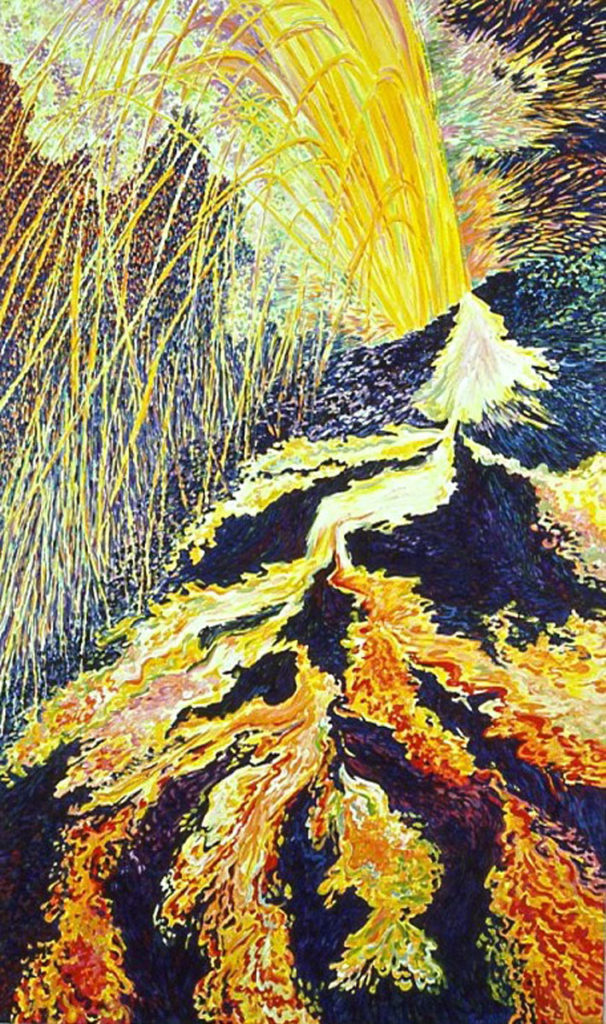 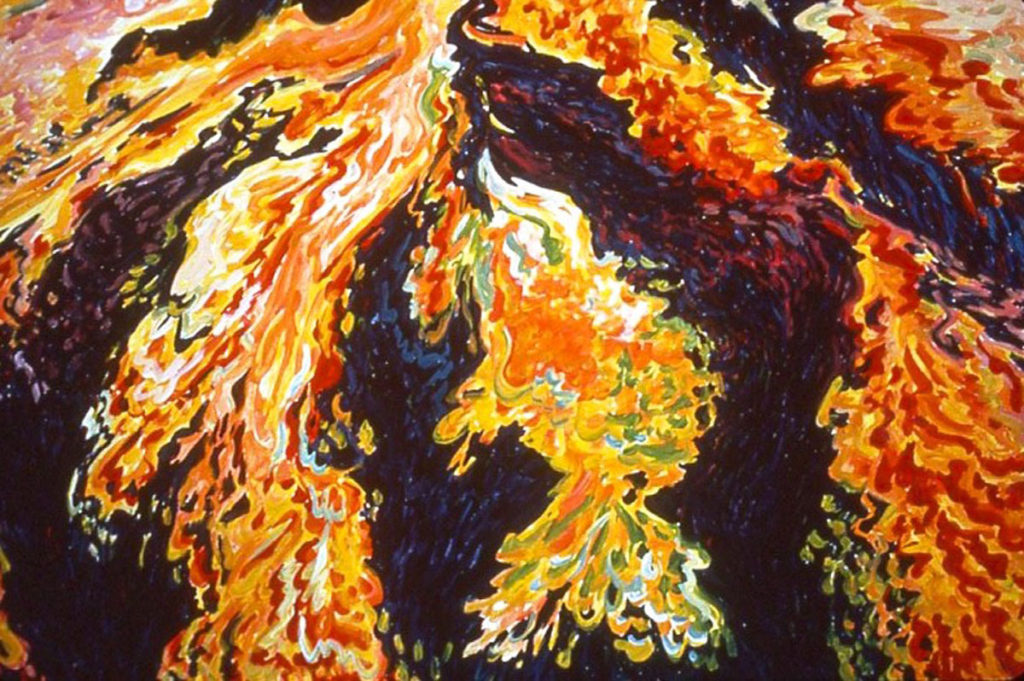 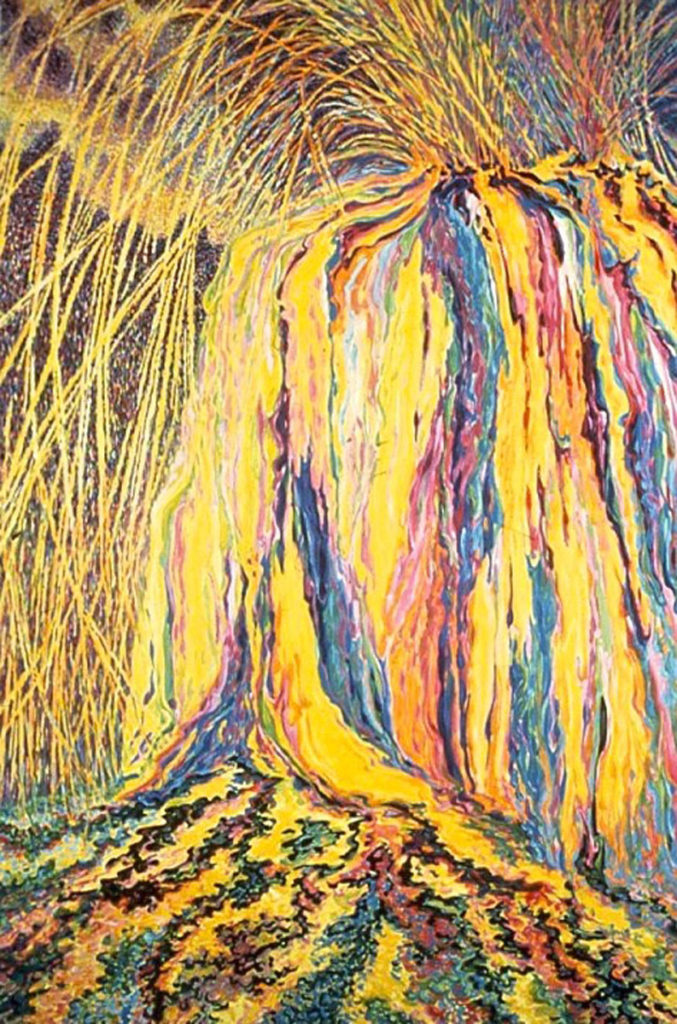 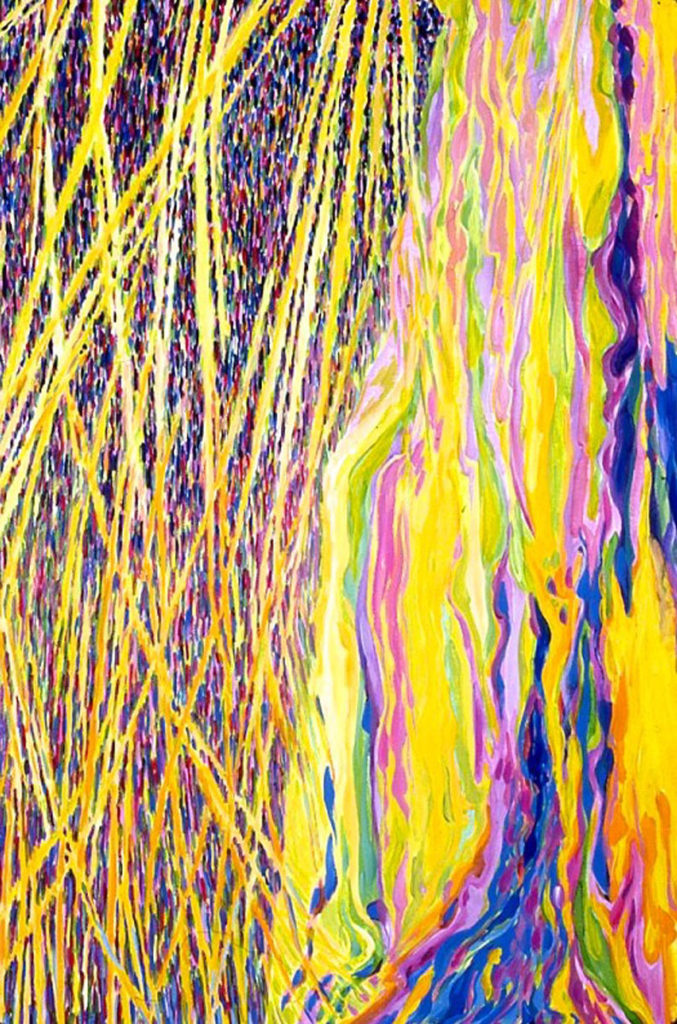 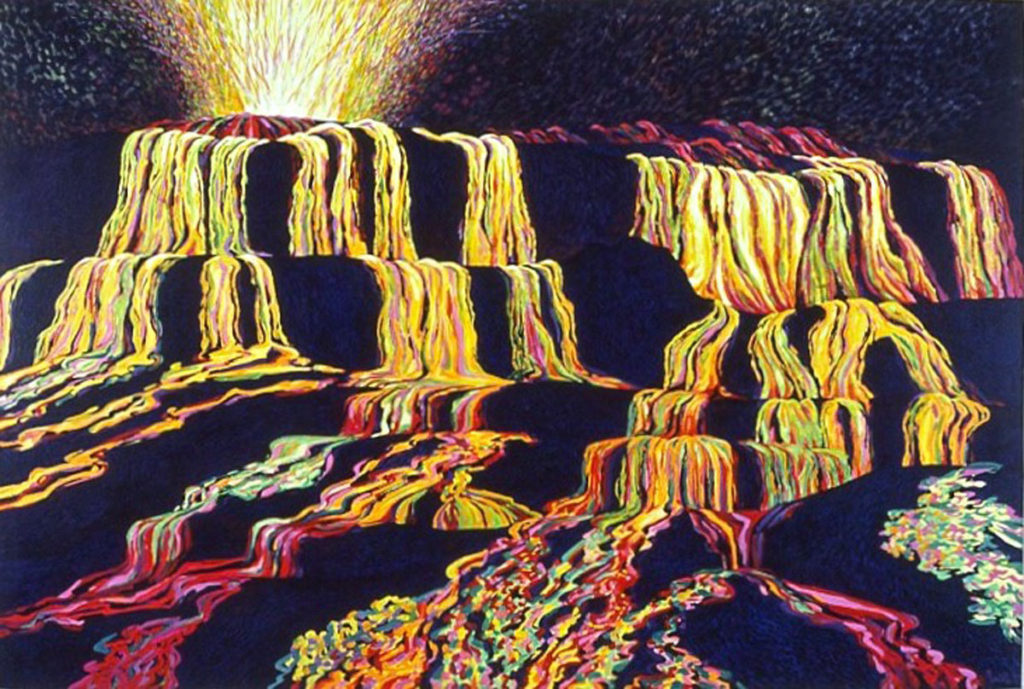 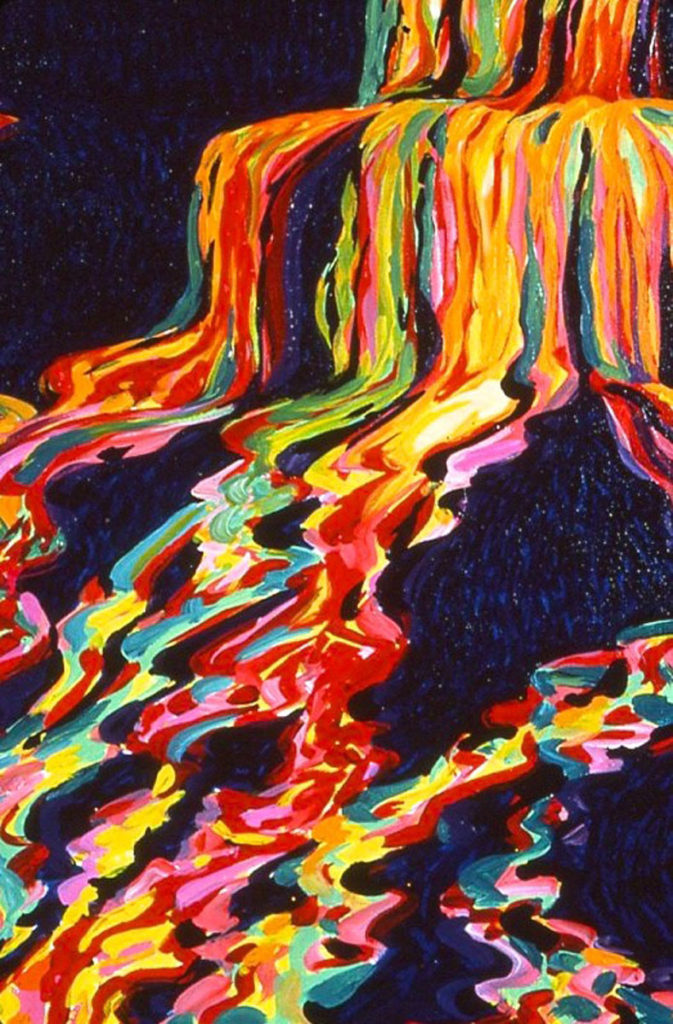 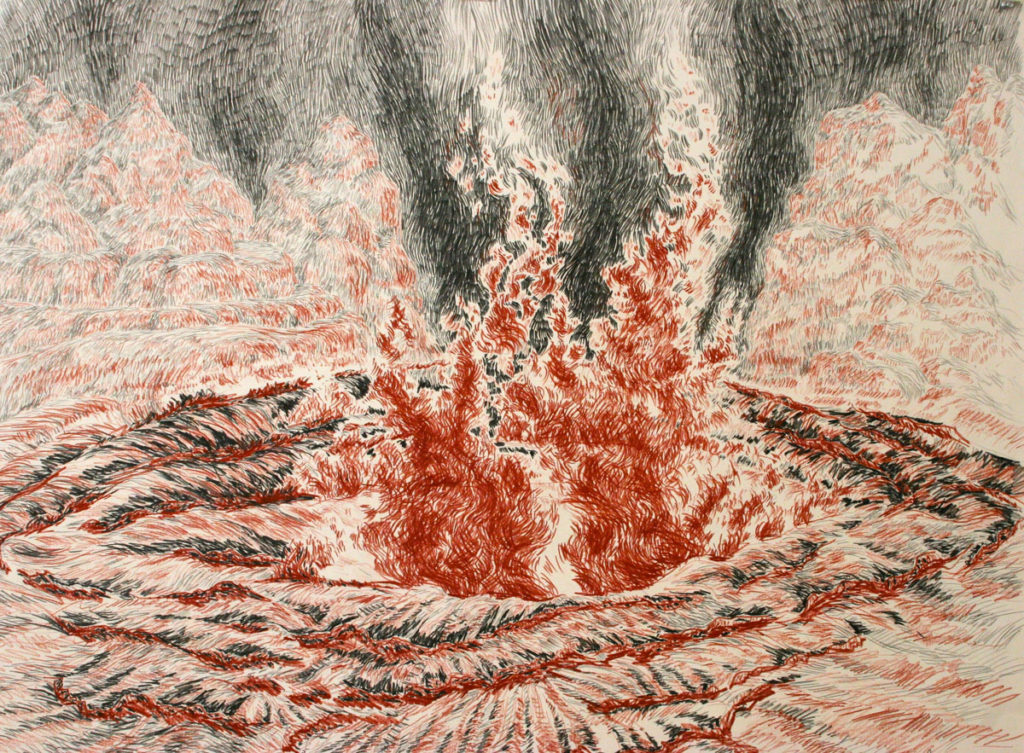 21 "Spiral Jetty,"conte crayon, chalk on paper,
h 24" x w 30"
1 2 3 Next »
Many of the works on this site are available for exhibition or sale. Please contact the artist for additional information.
Scroll back to top